Ancient pool near Jerusalem to be renovated with US funding 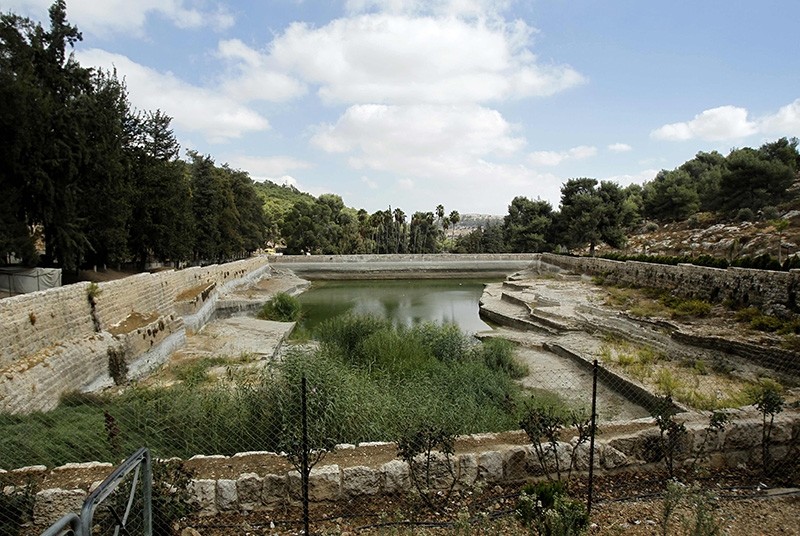 Ancient pools that provided water to Jerusalem around the time of Jesus are to be restored under a $750,000 renovation funded by the United States, officials said Tuesday.

The three Solomon's Pools near Bethlehem in the occupied West Bank were built around the time of Jesus's birth and were key sources of water for the city, according to research from the Institute for Palestine Studies (IPS).

The first aqueduct which fed the pools from the south was probably built by Herod the Great between 37 and 4 BC, the study showed.

In the 2,000 years since, they have fallen into disrepair and only two of the three are full with water, with the oldest one in poor condition.

At least six people have drowned in the unmonitored pools since 1993, according to the IPS.

The U.S. Consulate in Jerusalem has provided $750,000 for renovations and hopes to see the pools become part of a major tourism site in the West Bank, which Israel has occupied since 1967.

"This project is about more than just protecting history. It is about protecting the lives and livelihoods of the people living here today," U.S. Consul General Donald Blome said.

The grant comes at a time when U.S. President Donald Trump is trying to convince Palestinian and Israeli leaders to restart stalled peace negotiations and economic support to the Palestinians has been a key pillar of such attempts.

"(Trump) has made it clear that a necessary element for the achievement of peace would be unlocking the full potential of the Palestinian economy," Blome added.

High in the hills and with dry conditions much of the year, Jerusalem has suffered from water shortages throughout its history.

George Bassous, general manager of the Solomon's Pools, said the site had been neglected.

"The importance of this site stems from the fact that it has for centuries provided Jerusalem with water, so it is our duty to protect and restore it."