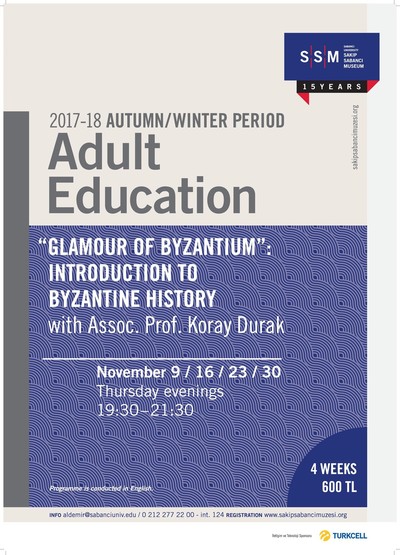 The courses, focusing on the mark left by the Byzantine Empire on the Mediterranean, will kick off on Thursday, Nov. 9. The four-week program will be conducted under the guidance of Boğaziçi University academic Koray Durak and aims at delving into how the synthesis of the Byzantine Empire came into being as a result of its combination of Roman state traditions, Greek language, and Christianity.

Examining how the Byzantine Empire survived and prospered in the Eastern Mediterranean that was also home to Muslims, Slavs, Turks and Crusaders in the Middle Ages, the course promises a sound introduction to Byzantine politics, economy, culture and religion. The program will be held in English for the first time and the courses will take place every week on Thursday between 7.00 p.m. and 9.30 p.m. throughout November.