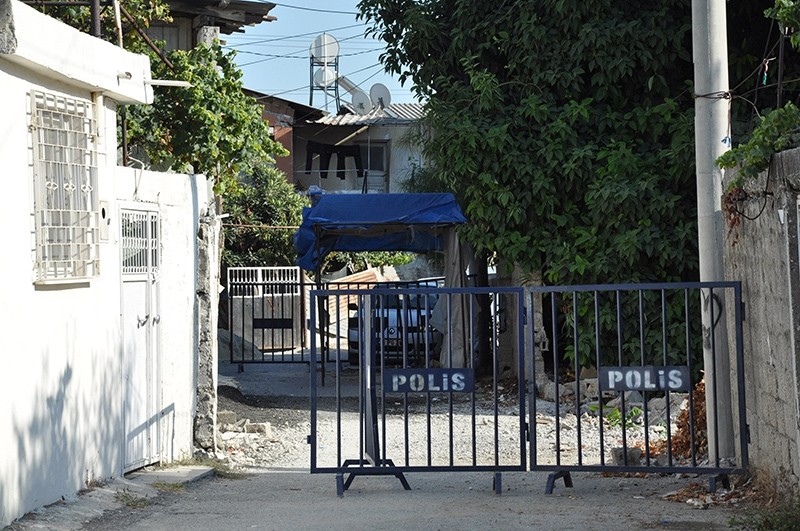 The Vatican has denied claims that it is involved in archeological digs aiming to find St. Paul's Bible in Tarsus, a district in the southern Turkish province of Mersin.

"The Vatican has no involvement whatsoever in any archeological excavation or any other activity in Tarsus," Ambassador of Vatican to Ankara Archbishop Paul Russell said Wednesday.

"The story regarding the Vatican's involvement is a complete fabrication and must be classified as 'fake news,'" Russell added.

His remarks came over a police dig at a house that was launched after a police officer was killed. Atıcı claimed that the dig is being carried out after an illegal archaeological dig by Vatican.

The lawmaker said he was not allowed to enter the scene but he was able to talk to a security officer who claimed an "international connection."
"This is connected to the Vatican. What we are doing here is a national case," the officer told Atıcı, he said.

Around one year ago workers, accompanied by a police unit, launched a dig at a small house in the southern town of Tarsus, after rumors spread that there was an ancient city full of treasure buried under the house.

The dig was in fact part of an investigation of a gang of illegal treasure hunters accused of murdering an undercover police officer.

Sibel Erdal, the wife of the killed police officer Metin Erdal, said her husband was killed in 2012 during an undercover assignment to reveal treasure hunters.

Erdal claimed that the investigation file was closed because a number of police officers were involved in the treasure-hunting. She wrote a letter to President Recep Tayyip Erdoğan demanding that the case be relaunched, claiming that the file was closed by security officials linked to the Fethullahist Terrorist Organization (FETÖ), suspected of being behind the July 2016 coup attempt.

The Prime Ministry earlier responded to a parliamentary question presented by CHP deputy Atıcı, saying the excavation site in Tarsus was an archeologically protected site and the dig was launched after permission was given by the General Directorate of Cultural Heritage and Museums.
Tarsus is a Turkish city 27 kilometers east of Mersin, best known as the birthplace of Paul the Apostle, commonly known as Saint Paul.