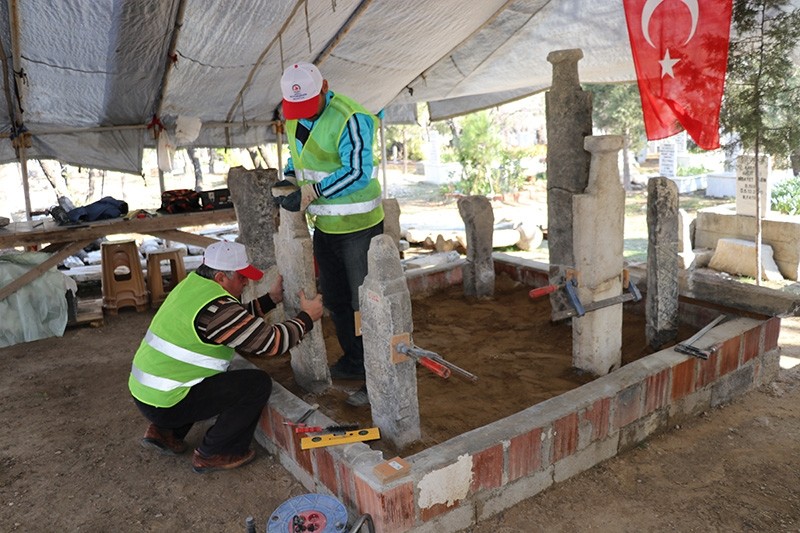 The mayor of western Denizli province has said the recently discovered ruins of a Seljuk-era madrasah will be opened to the public next year with the launch of a museum.

"This madrasah is the westernmost piece of the Seljuks found in Anatolia so far," Mayor Osman Zolan said Friday during his visit to the excavation site.

"We will unveil this open-air Turkish history museum next year, hopefully preserving and restoring the buildings there and transferring them to future generations."

The ruined walls of the ancient madrasah -- situated in the province's 800-year-old Ilbadi Cemetary -- was found during the restoration of Mehmet Gazi Tomb, which belongs to Seljuk warrior Mehmet Gazi who died during Denizli's conquest.

The excavations later unearthed a fountain, a courtyard and the grave of the person who had built the madrasah, Kadir Pektaş, a professor at Istanbul Medeniyet University's Art History Department, said.

"All of these ruins take us undoubtedly to [Seljuk] era," Pektaş said during his visit to the site.

"The madrasah dates back to the 1250s. Approximately 100 years later, this area was used as a cemetery."