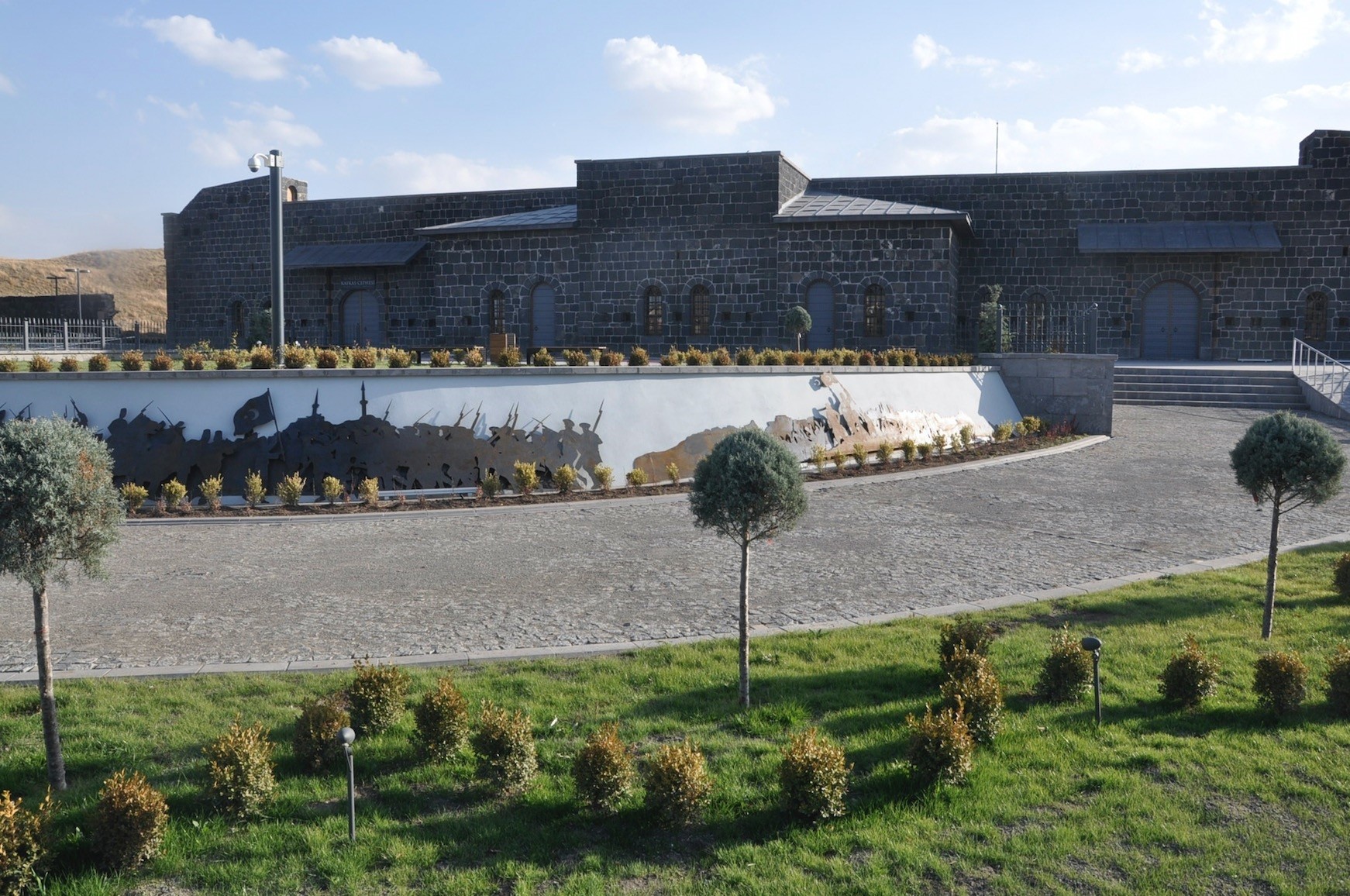 Wax figures of soldiers recreate scenes of soldiers at infirmaries, operations in surgery rooms and resting in barracks, reading letters and cooking in the kitchen.
by Anadolu Agency Nov 15, 2017 12:00 am

'The Grand Bastion,' which was built in the Ottoman era in Kars province for eastern borders and ended up in bloodshed, is being turned into a war museum offering historical flashbacks

A large bastion that was designed for the protection of eastern borders by the Ottoman Empire in Kars province and is known as the "Bloody Bastion" since a battalion was martyred there during the Ottoman-Russian War, is planned to be turned into a museum. After it has been converted to the "Caucasian Battlefields Military History Museum," it will be opened to visit, taking the spectators on a historical journey.

Fourteen-thousand Russian soldiers, comprising of five brigades under the command of Russian General Ivan Paskevich held a night-raid to the bastion, which was located 200-meters-away from the center in the beginnings of the 18th century, with ammo comprising of 70 cannonballs and 20,000 bullets on July 5, 1828 during the Ottoman-Russian War. 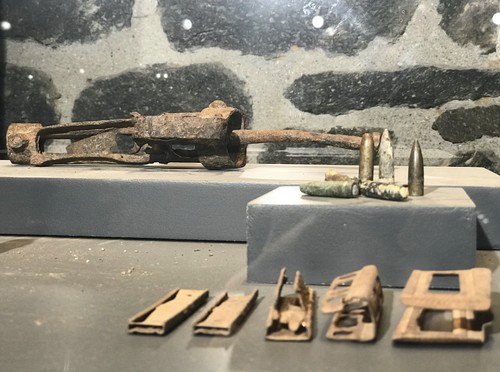 War tools that were used in the bastion and battlefields in that period are displayed at the museum.

The Russians, who took Kars Fortress, lost 4,000 soldiers in the raid, where 500 Turkish soldiers who fought hand to hand against the enemy power were martyred.

The works to turn the bastion, which was remembered as "Bloody Bastion" since the war, into "Caucasian Battlefields Military History Museum" were started by the Governorship of Kars seven years ago.

After the approval of the governorship's application by the Ministry of Culture and Tourism, the relief, restitution and restoration projects for the bastion were put to tender.

While the works, which have been continuing for seven years, are about to be finished, it is planned that the museum will be opened soon.

The museum, the restoration works of which will be completed soon, houses wax figures of soldiers. These figures recreate the scenes when soldiers were cured at the infirmaries, operated on by doctors in surgery rooms and had a rest in dorms, read their letters or cooked in their kitchen.

Martyr soldiers to be remembered

A visual image was created with the use of mirrors, which are placed at the entrance of the museum, and light, along with wax sculptures, which will take visitors back to the history, in order to memorialize the soldiers. 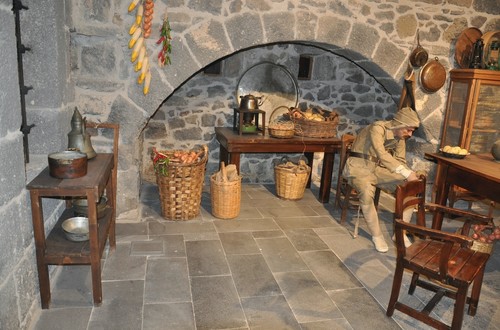 War tools that were used in the bastion and battlefields in that period and some photos of soldiers are displayed at the museum, as well.

Researcher author Sezai Yazıcı said that a bastion is an important place that is protected militarily, strategically and tactically, being surrounded by ditches.

Saying that bastions were really common at the Ottoman Empire (in the 17th and 18th century) against the Russians threatening especially for the protection of the border regions, Yazıcı continued, "We see bastions were strengthened through restoration in the 18th century. Bloody Bastion put a mark on history because of the bloody battle that was made there after Paskevich, the commander of the Russian armies, went along Arpaçay district and reached Kars on June, 26, 1828. Thereafter reaching Kars, the Russian armies, comprising of five brigades (nearly 14,000 soldiers), fought with 70 cannon balls and 20,000 bullets. Paskevich attacked the city in July, and captured it on July, 15.

Sezai Yazıcı stated that the bastion started to be mentioned as "kanly" or "kanli" (which means bloody in Turkish) in the Western sources after the Ottoman-Russian war.

"This bastion is known as the 'bloody bastion' in literature. British Fenwick Williams, who was at the Caucasian front in the Crimean War between 1853 and 1856, rose to the pasha rank there. A committee under the presidency of Zarif Mustafa Pasha and British officers analyzed the area and determined the bastions that should be constructed before the war in 1848. They were constructed in a short time. The bastions like the ones in Kars were constructed also in Erzurum and Ardahan. These bastions of Kars are mentioned as "English bastions." According to the registrations in the reports of Williams, seven conflicts in the Crimean War and four conflicts in the Ottoman-Russian war, which is known as the '93 War, took place in this area."

'The Bastion had great importance for south raids'

Noting the Bloody Bastion's southwest and southeast parts were surrounded by ditches in order to strengthen it against attacks, Yazıcı added, "Machine guns were located on the four corners of the bastion. It was comprised of six parts as headquarters, tunnels and dorms. The distance between the east and west parts was 60 meters. The bastion had especially great importance at the raids from the south."

"The images at the museum take the visitors to those days. I think this museum is really important. Having it as a war museum of the Bloody Bastion is a grea

t acquisition both to embrace the past and also to memorialize it." The bastion, surrounded by ditches on the east, west and south in its authentic architecture, was constructed on a gentle sloping land and it consists of two bastions in the shape of a horn.The external walls of the bastion were built with face stones and internal ones put up with brick and debris. The barracks of the bastion, the internal walls of which are one-meter-wide, was designed in the form of a corridor, divided into small units.