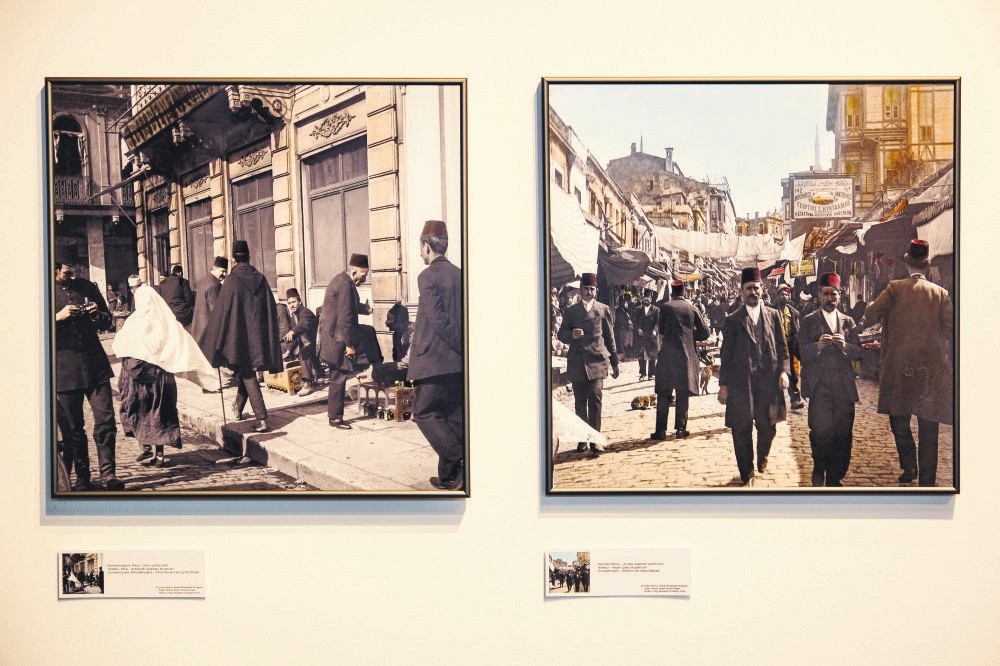 Dr. Bozoky was interested in taking photos. First, the 34-year-old navy doctor took some photos of İzmir's streets and buildings. They set sail to Istanbul province by the royal command of Sultan Abdülhamid II. The sultan hosted them, and the doctor took his first Istanbul photos during this visit. He also went to Bursa province and various Anatolian towns in Ottoman territory where he stayed for one or two months.

The photographs were brought to light by the Ferenc Hopp Museum of East Asian Arts in Budapest. Presenting the 1900s in the Ottoman Empire, they were first exhibited in Hungary. They are now on display at Hungarian Cultural Center in Istanbul in "A Visit to the Ottoman Empire." Hungarian Cultural Center Museum Director Gabor Fodor showed us around the exhibition. The photos consist of shots colored by Bozoky himself and diapositives blown up from the originals.

Bozoky generally took photos of famous buildings and Ottoman streets. Renowned sites, such as Hagia Sophia, the Ortaköy district, Old French Mansion, Dolmabahçe Palace, the Palace of the Porphyrogenitus, Rumeli Fortress, Galata Tower and Galata Bridge are among them.

Fobor says: "The doctor reveals ordinary life, taking photos of Eyüp, Kasımpaşa, Kağıthane and Fatih districts along with important constructions. There are also some photos from İzmir and Bursa. We wanted to share this treasure with Turks. We show the details of Istanbul's old life with this exhibition. Our aim is to give the atmosphere of this period of the Ottoman Empire to Istanbulites, while bringing this photographer's photos to light."

"A Visit to the Ottoman Empire" can be viewed until Feb. 18.

Navy doctor Dr. Dezso Bozoky improved his interest in taking photos, which started at Budapest Medical Science University, receiving a photography education in the army. After Athens, he took his first shots in İzmir. Then, he took photos in Bursa, Istanbul and various towns in Anatolia.