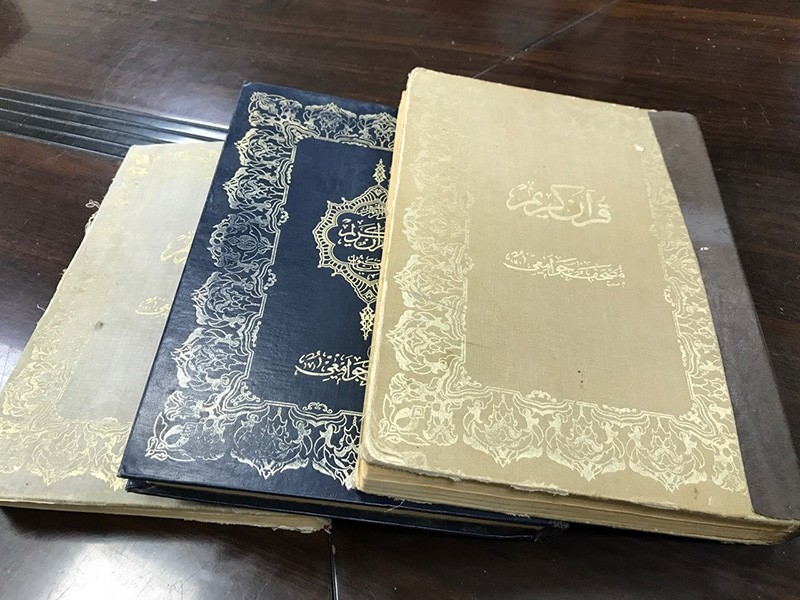 Three Qurans published during the reign of Ottoman Sultan Abdülhamid II (1876-1908) have been found in a mosque in Palestine's historical town of Tayibe, which currently lies inside Israeli territory.

Aziz, the mosque's muezzin, told Anadolu Agency on Monday that the Qurans had been stumbled upon during renovations now underway on the Omar bin al-Khattab Mosque, which was built during Abdülhamid II's reign.

"We had no idea they were there. They were just sitting among a group of other books… We found it during the renovations," Aziz said.

According to the books' Arabic-language introduction, they were handwritten by a scribe named Seyyid Mustafa Nazif Efendi in 1887 before being published by a print house in Istanbul and sent to buyers in Palestine.

"I was shocked when I first saw these treasures," Aziz said. "These Qurans will certainly contribute to our mosque's -- and our town's -- historical importance."

The books would soon be displayed in an exhibition, he explained, going on to speculate about the possibility of other such antique texts being found in other Ottoman-era mosques in Israel and Palestine.

Theodor Herzl, founder of modern Zionism, failed to convince Sultan Abdülhamid II to allow Jewish immigrants to establish a Jewish "homeland" in Palestine, which at the time was an Ottoman territory.

Herzl, however, eventually managed to enlist the support of the British Empire -- through the now-infamous Balfour Declaration -- in 1917.

In this regard, the sultan is known to have said: "I won't sell anything -- not an inch of territory, for this country doesn't belong to me, but to my people."

"My people," he added, "will sell this land for the same price they paid for its conquest: blood."