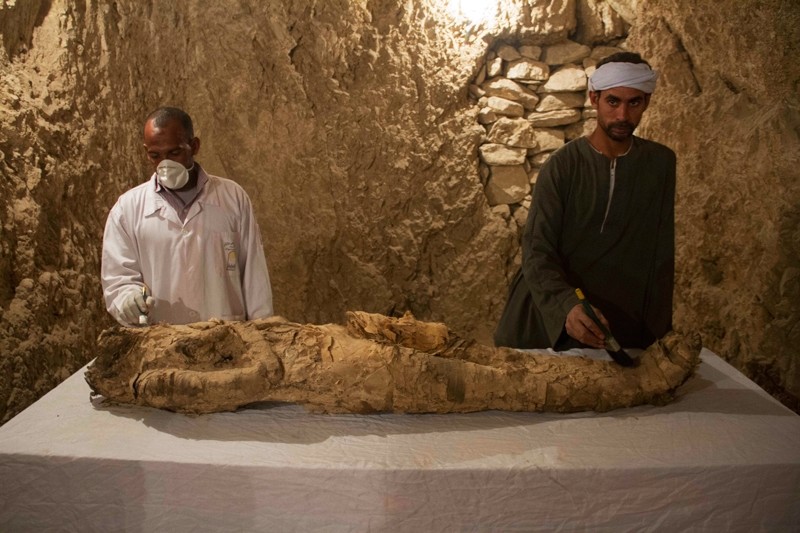 Egypt on Saturday announced the discovery of two small ancient tombs in the southern city Luxor dating back some 3,500 years and hoped it will help the country's efforts to revive its ailing tourism sector.

The tombs, located on the west bank of the river Nile in a cemetery for noblemen and top officials, are the latest discovery in the city famed for its temples and tombs spanning different dynasties of ancient Egyptian history.

"It's truly an exceptional day," Antiquities Minister Khaled al-Anani said. "The 18th dynasty private tombs were already known. But it's the first time to enter inside the two tombs." 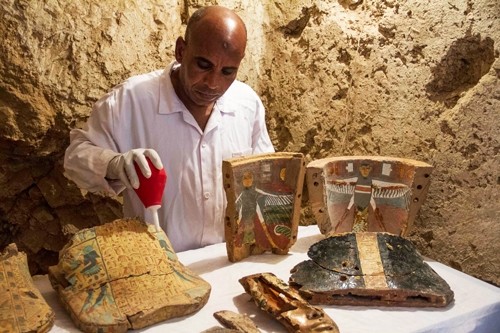 Al-Anani said the discoveries are part of the ministry's efforts to promote Egypt's vital tourism industry, partially driven by antiquities sightseeing, that was hit hard by extremist attacks and political turmoil following the 2011 uprising.

The ministry said one tomb has a courtyard lined with mud-brick and stone walls and contains a six-meter (yard) burial shaft leading to four side chambers. The artifacts found inside were mostly fragments of wooden coffins. Wall inscriptions and paintings suggest it belongs to era between the reigns King Amenhotep II and King Thutmose IV, both pharaohs of the 18th dynasty.

The other tomb has five entrances leading to a rectangular hall and contains two burial shafts located in the northern and southern sides of the tomb. 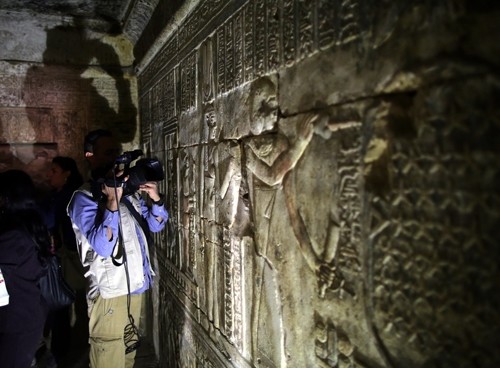 Among the artifacts found inside are funerary cones, painted wooden funerary masks, clay vessels, a collection of some 450 statues and a mummy wrapped in linen who was likely of a top official. A cartouche carved on the ceiling bears the name of King Thutmose I of the early 18th dynasty.

The Antiquities Ministry has made a string of discoveries since the beginning of 2017 in several provinces across Egypt including the tomb of a royal goldsmith in the same area and belonging to the same dynasty, whose work was dedicated to the ancient Egyptian god Amun.