Battle of Çanakkale brought to life in 3-D 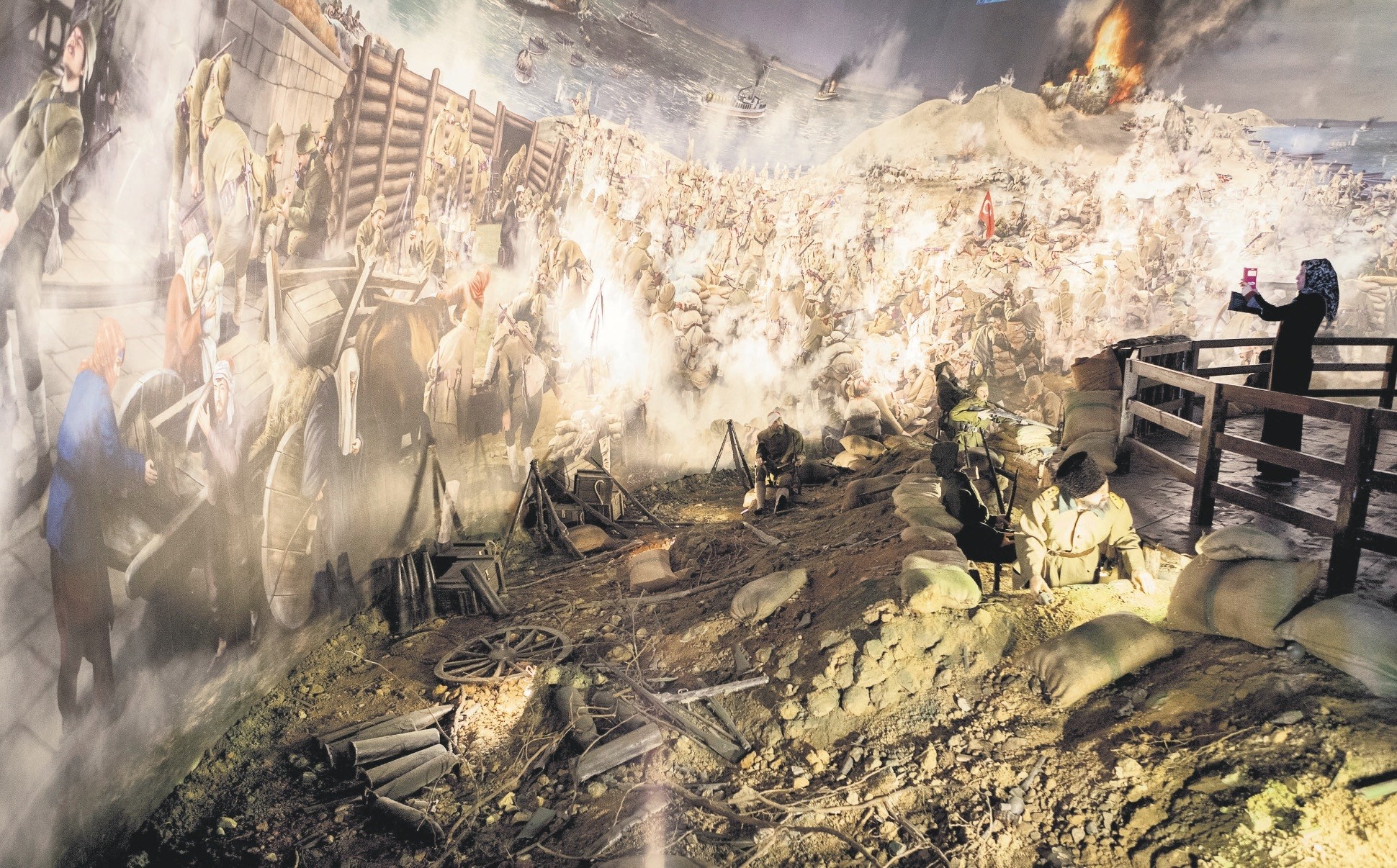 The closed, spherical area of the 1915 u00c7anakkale Panorama takes one to the Battle of u00c7anakkale with light and sound effects and moving images.
by Damla Kayayerli Dec 14, 2017 12:00 am

The year 1915 saw a tremendous struggle in Çanakkale. Brave soldiers defended the land to their death in trenches. The attack started against the enemy with airplanes overhead. On one side, Cpl. Seyit manned the artillery battery and its 250-kilogram shells while gunfire started against the British. On the other side, Mustafa Kemal Atatürk and commanders were in the frontline trenches where countless soldiers were killed and field medics tended to the wounded. The closed, spherical area of 1915 Çanakkale Panorama and Muhsin Yazıcıoğlu Martyrdom Park is like being amid the Battle of Çanakkale with light and sound effects and moving images. The heroic legend of the Battle of Çanakkale is brought back to life. The panoramic painting on the sphere, which was prepared by Istanbul's Sancaktepe Municipality, is the first and only one in Turkey. It was opened by Prime Minister Binali Yıldırım and Sancaktepe Mayor İsmail Erdem last week. Some take their phones and record every moment when they enter while some others are teary-eyed. An old woman holds back tears. "It's like real," another says. The Turkish flag waves amid the sound of sala prayers. 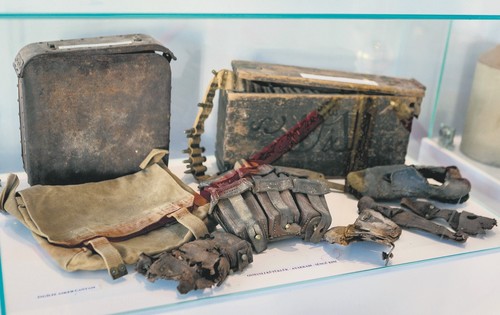 Original items of soldiers who were killed in Çanakkale on exhibit.

One visitor, Medine Al, 36, said that she has never experienced an atmosphere like this even when she went to Çanakkale. "This place brings people to the Çanakkale of 1915. It is as if I was experiencing these moments. It is really impressive. It made my hairs stand on end," she said. There are some people who come with their families to visit the panorama. One mother said, "They presented the Battle of Çanakkale as if it were real with gunshots and bombs. It was heart-wrenching and I was about to cry. There are people who don't have the opportunity to see Çanakkale. This place is really beautiful."

The original items of soldiers who were killed in Çanakkale are exhibited. The chronological table of World War I is also presented along with various objects such as a cartouche on which "God is with us" is written, Ottoman flags and bayonet scabbards. There is also a Cinevision screening. The occupation of Çanakkale in 1915 and also on July 15 has been adapted into a documentary.

The panorama space does not only consist of the 1915 Çanakkale Panorama. There is a park outside called Muhsin Yazıcıoğlu Martyrdom Park with models of important, symbolic places, events and people. It is like a tour of Çanakkale. The Monument of Martyrs, the 57th Regiment Memorial, Namazgah Bastion, Sergeant Yahya Monument and Memorial, Chunuk Bair Atatürk Monument, Mehmet Akif and Çanakkale Bust and Seddülbahir Fortress are among the 24 models.

Features of the space

It is a first in Turkey since it combines a park and panorama.