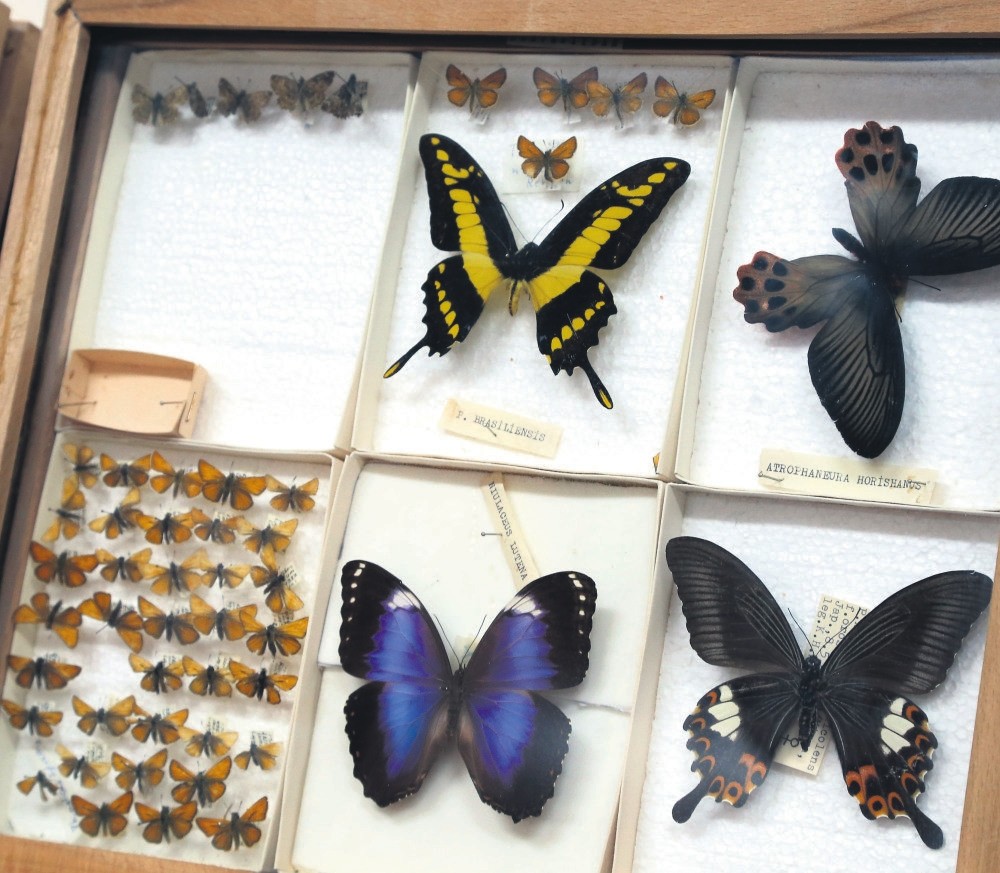 Housing 50,000 insects collected from both Turkey and abroad, the Entomology Museum in the Plant Protection Department of Atatürk University's Faculty of Agriculture in Erzurum brings light to the scientific study of insects.

A total of 20,000 of these 50,000 insects are described species. They were brought from different places in Turkey and various other countries to the museum, which was established within the body of the university in 1966 in order to reveal the variety of insects in the city.

There are also more than 30 insect species in the museum which have taken the name of the region where they have been found and entered literature with these names.

Turkish and foreign scientists make searches and projects at the museum, which is accepted as one of the international insect museums. It is known as the Entomological Museum of Erzurum Turkey.

Professor Erol Yıldırım from Atatürk University told Anadolu Agency (AA) that insect species have been collected here for a half-century with the help of academics, including him.

Noting that the museum is an interesting bank for insect lovers, Yıldırım continued: "There are nearly 50,000 species in our museum now; 20,000 of them are described species and we wait for the others to be described. The biggest entomological museum in Turkey is in Erzurum."

Remarking that there are 80,000 or 100,000 insect species in Turkey, Yıldırım added: "Nearly 65 percent of the animal world is insects. When we compare Turkey and Europe, we have more insect species than theirs. Turkey is a kind of continent in this aspect, but unfortunately, we couldn't benefit from it. In Europe, there is a nature and natural history museum in every city but there isn't any museum like this in Turkey, including the metropolises."

"We conserve insects in the darkrooms in our museum. Generally, people come here from abroad to do scientific studies and examine these materials," said the academic.

He continued: "I gave the name of 'Leptochilus palandokenicus' to an insect species that I found on the Palandöken Mountain in 1992 and it took place in world literature with this name. This species is found only on Palandöken in the world. We have collected insect species from different cities of Turkey in five or six months of the year for nearly 30 years, starting from our assistantship period. We prepare the species for the museum after many operations in our laboratories. There are also some species that our students or other academics brought here. Therefore, everyone's effort to create this museum should be appreciated."