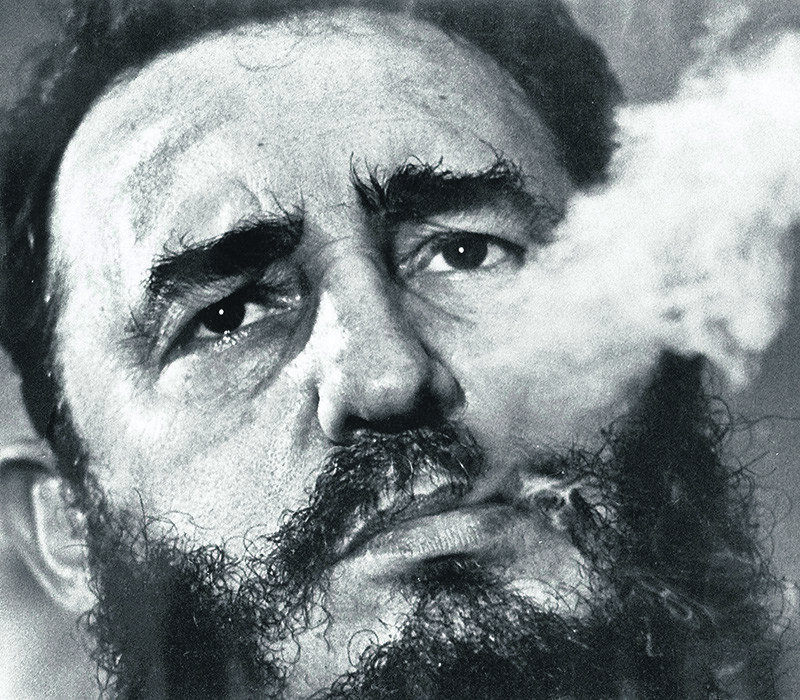 In a file photo Fidel Castro exhales cigar smoke during a March 1985 interview at his presidential palace in Havana. (AP Photo)
by Associated Press Jan 11, 2018 12:00 am

It was close but no cigar for anyone who bid less than $26,950 at a recent auction.

Boston-based RR Auction said Thursday that was the winning bid for a signed box of Cuban cigars from Fidel Castro's personal collection.

The wooden Trinidad Fundadores cigar box was signed in blue felt tip by the longtime Cuban leader. It is accompanied by a photograph of Castro signing it for philanthropist Dr. Eva Haller in 2002.

The box contains 24 cigars, is stamped on each end and has a maker's mark on the bottom. It also includes a "Republica de Cuba" cigar warranty seal, which has been re-adhered.

Trinidad Fundadores were exclusively produced for Castro starting in 1980. Until 1998, the only boxes allowed to leave the island were gifts to foreign dignitaries.