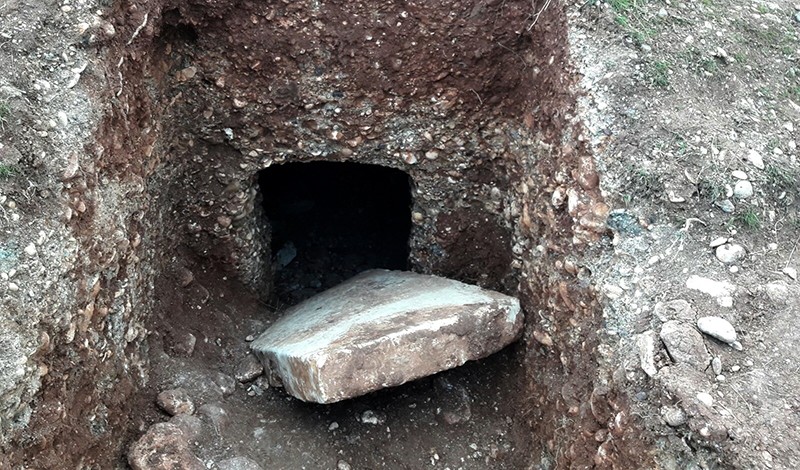 Security officials launched an investigation to find the suspects and informed local museum officials about the finding.

The museum officials who carried out inspections at the illegal excavation site noted that the burial chamber was from the Roman era but differed from its counterparts as it was made out of large stones and sand and had a unique door stone.

Local museum officials have also referred the case to Şanlıurfa's Regional Directorate for Protection of Cultural Assets for the official registration of the burial chamber.

The Romans arrived in Adıyaman region around 72 A.D.

Turkey is home to countless number of ancient sites and artifacts and carries out extensive work to ensure that the cultural heritage is not exploited by treasure hunters and smugglers.