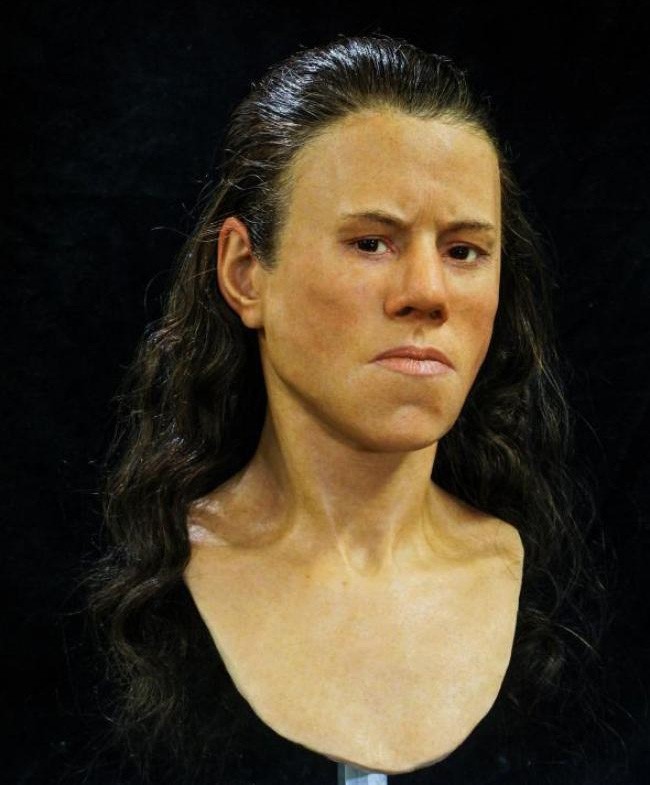 The last time anyone looked on Dawn's face was 9,000 years ago.

Now the teenager can be seen again, after scientists reconstructed her face to show what people looked like in the Mesolithic period, around 7,000 BC. But she doesn't look happy.

Dawn is believed to be aged between 15 to 18 based on an analysis of her bones and teeth. She has a protruding jaw, thought to be caused by chewing on animal skin to make it into soft leather - a common practice among people of that era - and a scowling expression. 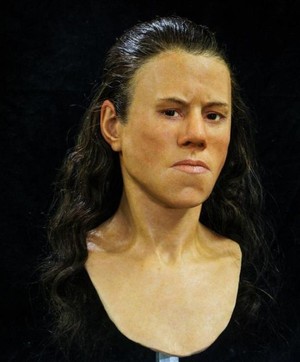 Asked why she looked angry, orthodontics professor Manolis Papagrikorakis, who created a silicone reconstruction of her face from a terracotta mould of her head, joked: "It's not possible for her not to be angry during such an era."

Dawn was possibly anaemic and may have suffered from scurvy, the researchers said. Evidence also pointed to hip and joint problems, which may have made it difficult for her to move and may have contributed to her death.

Discovered in a cave in 1993, the girl was named Avgi - Greek for Dawn - because she lived during what is considered to be the dawn of civilization.

Theopetra Cave, in the Thessaly region, was first inhabited about 100,000 years ago, according to the Culture Ministry. Stone tools from the Palaeolithic, Mesolithic and Neolithic periods have been discovered, as well as pottery from the Neolithic period.