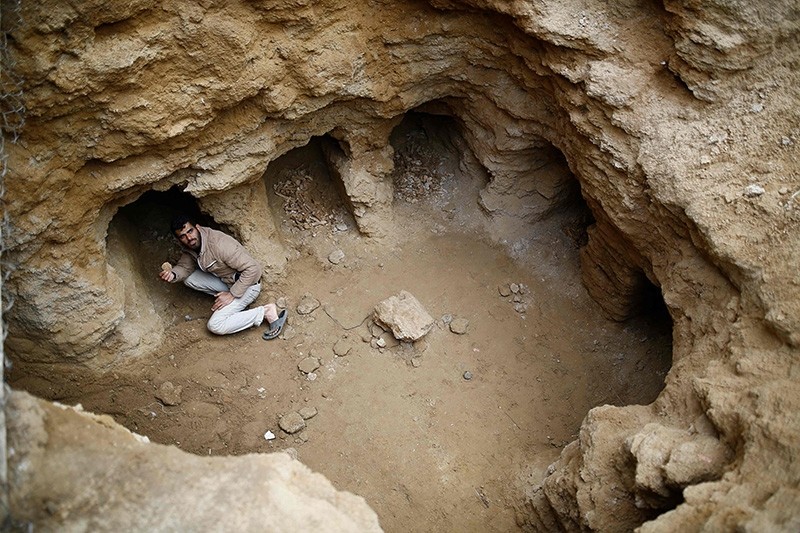 Abdel-Karim Cafran, a Palestinian resident of Beit Hanun, collects pottery fragments at a freshly-discovered cemetery in the garden of his house in the town in the northern Gaza Strip (AFP Photo)
by French Press Agency - AFP
Jan 27, 2018 12:00 am

When Abdul Karim al-Kafarnah went to check the rainwater gushing down a hole in his garden he was in for quite a shock -- hidden steps led him down to an ancient grave complex.

The 24-year-old lives in the Beit Hanoun district of the Gaza Strip by the Israeli border which suffered intensive bombardment during the 2014 conflict between the Israeli army and Palestinian forces.

The family home was destroyed and the surrounding plots heavily churned up, leaving extensive craters on the ground. 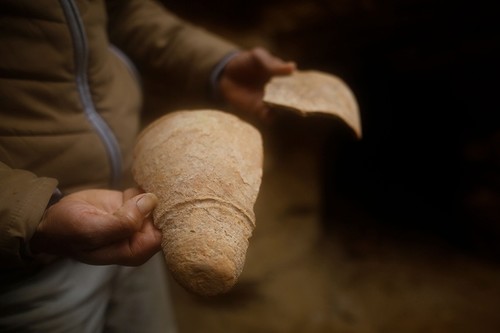 The flash-flooding earlier this week led him to one particular spot, where, on removing a large stone, he found a staircase leading four meters (13 feet) down into an ancient tomb.

"I discovered the place where the water was falling in," he told AFP.

"I lifted the stone and a stale smell came out."

As he descended he found a total of nine graves, with piles of bones in some of them -- seemingly containing more than one body each. He also found votive lamps and other pottery. 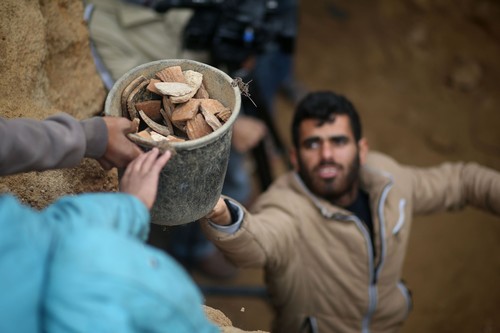 Gaza-based archaeologist Ayman Hassouna said the finds suggested the grave dated back to the Roman era, 2,000 years ago.

"The burial and excavation methods in this tomb date it back to the Roman period but it may have continued in use into the early Byzantine period (Fifth to seventh centuries AD)," he said.

Professor Jodi Magness, an archaeologist at the University of North Carolina, said such tombs were relatively common in the Holy Land between 100 B.C. and 100 AD, and again between 300 and 500 AD.

"Typically, these were family tombs or sometimes larger tomb complexes could be divided up among families," she told AFP.

Gaza was a prosperous port in the Roman and early Byzantine periods and boasted many ancient monuments that have since been lost.