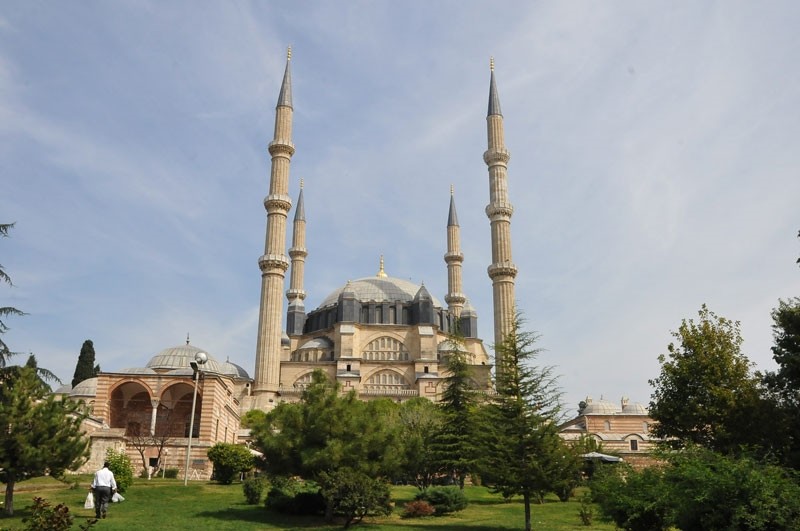 UNESCO World Heritage site the Selimiye Mosque, which was built by famous Ottoman architect Mimar Sinan in 1575 and regarded as the peak of Turkish-Islamic architecture, will go through extensive restoration this year.

The last restoration works in the mosque, which is located in Turkey's northwestern province of Edirne, were carried out 36 years ago, Edirne's Governor Günay Özdemir said Friday.

The mosque will not be closed to visitors during the process, the governor said adding that the mosque's restoration project was approved by the Edirne Regional Conservation Council.

It took six years to construct the Selimiye Mosque, which was designed by 'Sinan the Architect'. He called this work of art, which he built for the 11th Ottoman Sultan Selim II, "My masterpiece."

It is unsurpassed in terms of architectural and aesthetic value and was built at a time when Turkish-Islamic civilization had reached its peak in the Ottoman Empire. The historic mosque is admired by visitors and art historians all around the world and has tremendous significance.

In 2011, the mosque was recognized by UNESCO and was added to its World Heritage List.