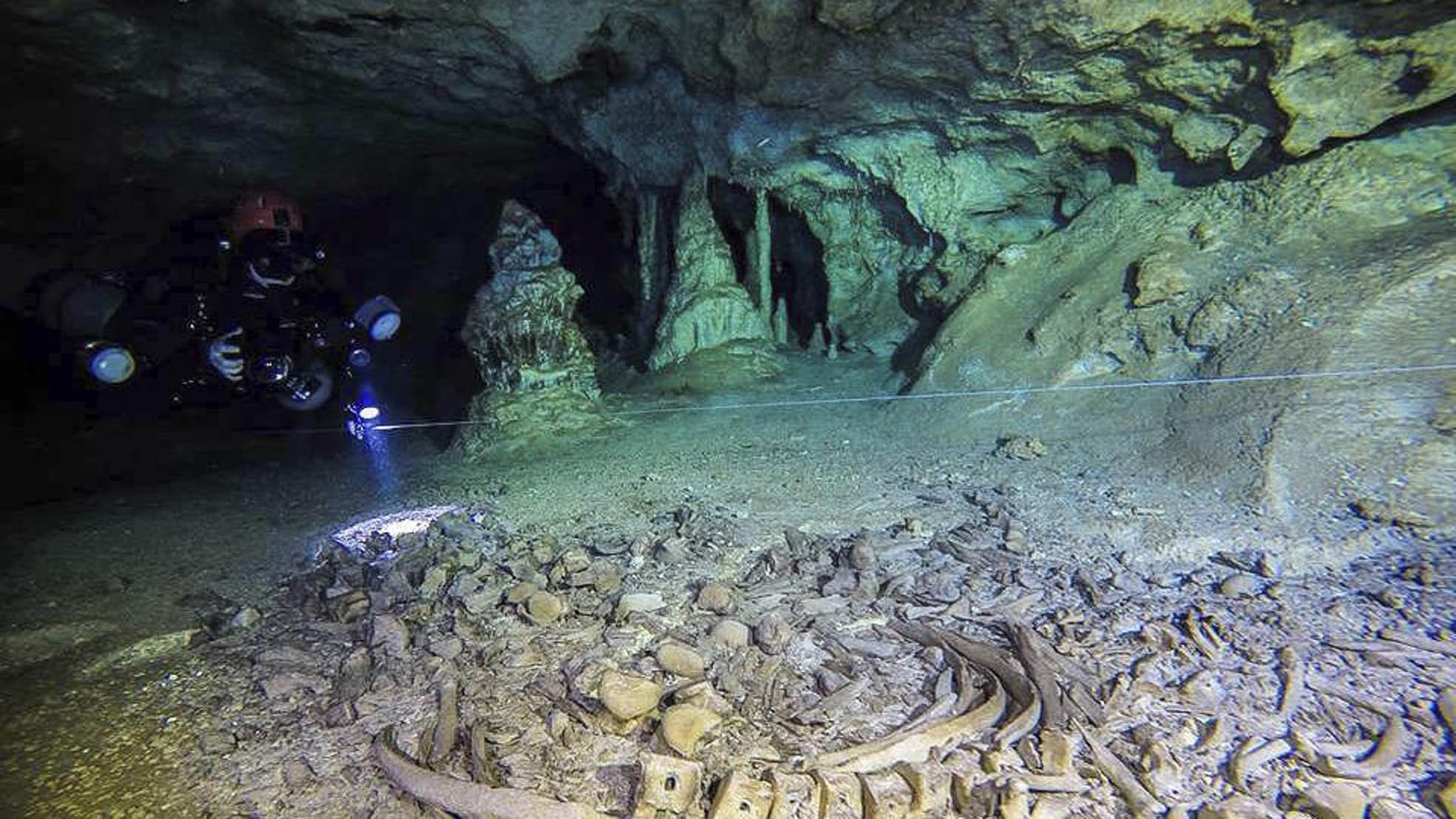 Divers explores the underwater cave system where human and animal remains have been found submerged in Mexico.
by reuters
Feb 22, 2018 12:00 am

Archaeologists exploring the word's biggest flooded cave in Mexico have discovered ancient human remains at least 9,000 years old and the bones of animals who roamed the earth during the last Ice Age.

A group of divers recently connected two underwater caverns in eastern Mexico to reveal what is believed to be the biggest flooded cave on the planet, a discovery that could help shed new light on the ancient Maya civilization.

The Yucatan peninsula is studded with monumental relics of the Maya people, whose cities drew upon an extensive network of sinkholes linked to subterranean waters known as cenotes.

Researchers say they found 248 cenotes at the 347-kilometer cave system known as Sac Actun, near the beach resort of Tulum. Of the 200 archaeological sites they have discovered there, around 140 are Mayan.

Some cenotes acquired particular religious significance to the Maya, whose descendants continue to inhabit the region.

The cave's discovery has rocked the archaeological world.

"I think it's overwhelming. Without a doubt it's the most important underwater archaeological site in the world," said Guillermo de Anda, resear

De Anda is also director of the Gran Acuifero Maya (GAM), a project dedicated to the study and preservation of the subterranean waters of the Yucatan peninsula.

According to the INAH, water levels rose 100 meters at the end of the Ice Age, flooding the cave system and leading to "ideal conditions for the preservation of the remains of extinct megafauna from the Pleistocene." The Pleistocene geological epoch, the most recent Ice Age, began 2.6 million years ago and ended around 11,700 years ago