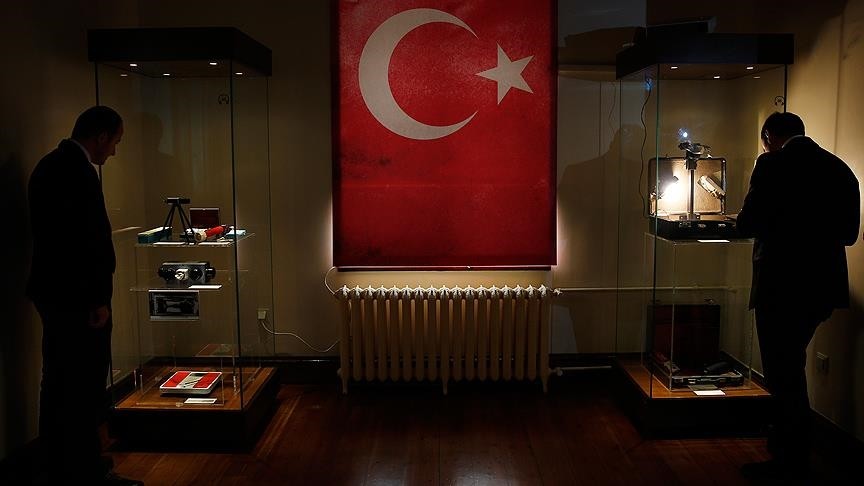 The ‘Contact Exhibition,' between March 3 and June 3, was created specifically to mark the 90th anniversary of the National Intelligence Organization and contains documents and intelligence equipment belonging to different periods of Turkish intelligence history

The "Contact Exhibition," which was created specifically for the 90th anniversary of the National Intelligence Organization (MIT) and contains some documents and intelligence equipment belonging to different periods of Turkish intelligence history, kicked off on March 3.

The MIT Collection Contact Exhibition, hosted by the Republic Museum in the Second Parliament Building in Ulus, Ankara, will be available for three months.

The aim is to draw attention to a better understanding of the strategic importance of intelligence activities and the multifaceted and systematic structure of strategic production processes through the display of the methods of bugging, surveillance and messaging which reflected the Cold War period and its prehistory. 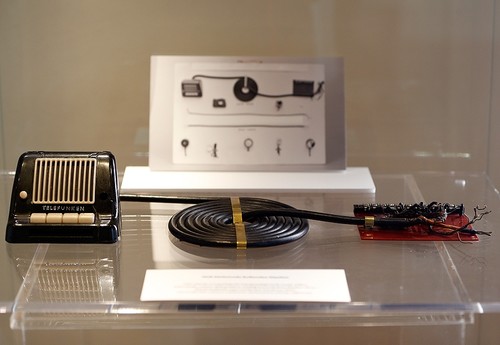 The diaphragm device that was detected in 1965 at a Turkish embassy in Europe is among the materials on display at the exhibition.

Meanwhile, it is aimed to present the history of intelligence to visitors with an exhibition prepared in memory of the intelligence organizations and martyrs who have served the Turkish nation under different names since the War of Independence.

At the kiosk in the history section of the exhibition, the study of "Intelligence in the Ottoman Empire," prepared by analyzing the Ottoman Archives of the Prime Ministry, will be showcased for the first time.

Story of Manukyan and Çengil's capture

In the second section of the exhibition, the story of the capture of the spies Kerim Manukyan and Muzaffer Çengil seized as a result of MIT operations during the Cold War period is presented in the video.

The fuse box used by Manukyan, who was captured in Turkey, in his communication with the foreign intelligence service he served attracts attention.

The code guide used in encrypted communication by Çengil, who aimed to leak information about Turkey and was sentenced to 27.5 years in prison after being captured in Turkey as a result of the counter-intelligence activities conducted by MIT, is among the espionage materials to be exhibited.

The VHS radio transmitter in the form of scales used by Çengil to deliver information to the foreign intelligence service he served is also displayed in this section.

The third part of the exhibition includes bugging and surveillance materials captured at Turkish embassies in member countries of the Warsaw Pact during the Cold War and various operational technical materials used in this period.

The bugging devices and cable installations detected in the wall during a routine check at an embassy in Europe in 1964 are exhibited in this section.

In the same section, the diaphragm device, which was detected in 1965 at a Turkish embassy in Europe and equipped with the ability to listen to rooms, will be presented to visitors.

Used in espionage activities by spies from 1935 until the end of the 1980s, cameras, a robotic handbag, a robotic tie, a belt used in bugging, a wristwatch-like recording device, encrypted photo cards, a hidden wireless listening device placed in shoes, a radio transmitter that looks like a pack of cigarettes, spy stones, soap used in secret communication, a hollow screw used as a message carrying case, a spatula used in secret communication and a handkerchief used in encrypted messaging are also among the materials exhibited in this section.

In the same section, the "90 years 90 objects" catalog consisting of 90 pages prepared specially for MIT's anniversary will be presented to visitors.

The exhibition, which consists of 54 objects selected from the MIT collection of approximately 2,500 works, also features two swords and a gun belonging to the collection of the Hisart Live History and Diorama Museum.

After the opening of the exhibition, an e-museum page will be made available to the public.

History of the MIT

Founded in 1913 to protect the homeland and forming the foundation of the MIT, the Special Organization (Teşkilat-ı Mahsusa) was dissolved in World War I, but this decision remained only on paper as a result of the establishment of many small intelligence agencies in order to organize the War of Independence.

The Turkish intelligence community played in important part in the victory of War of Independence by establishing many secret counter-intelligence agencies such as the Sentinel Association (Karakol Cemiyeti), the Yavuz Group, the Mücahid Group and the Armed National Defense (Müsellah Müdafaa-i Milliye – MM).

With the foundation of the Republic, this fragmented structure was gathered under a single roof, taking the name of the Directorate of National Security Service (Milli Emniyet Hizmeti - MEH/MAH) in 1927 on the official establishment date of the MIT, and the National Intelligence (MIT) in 1967.