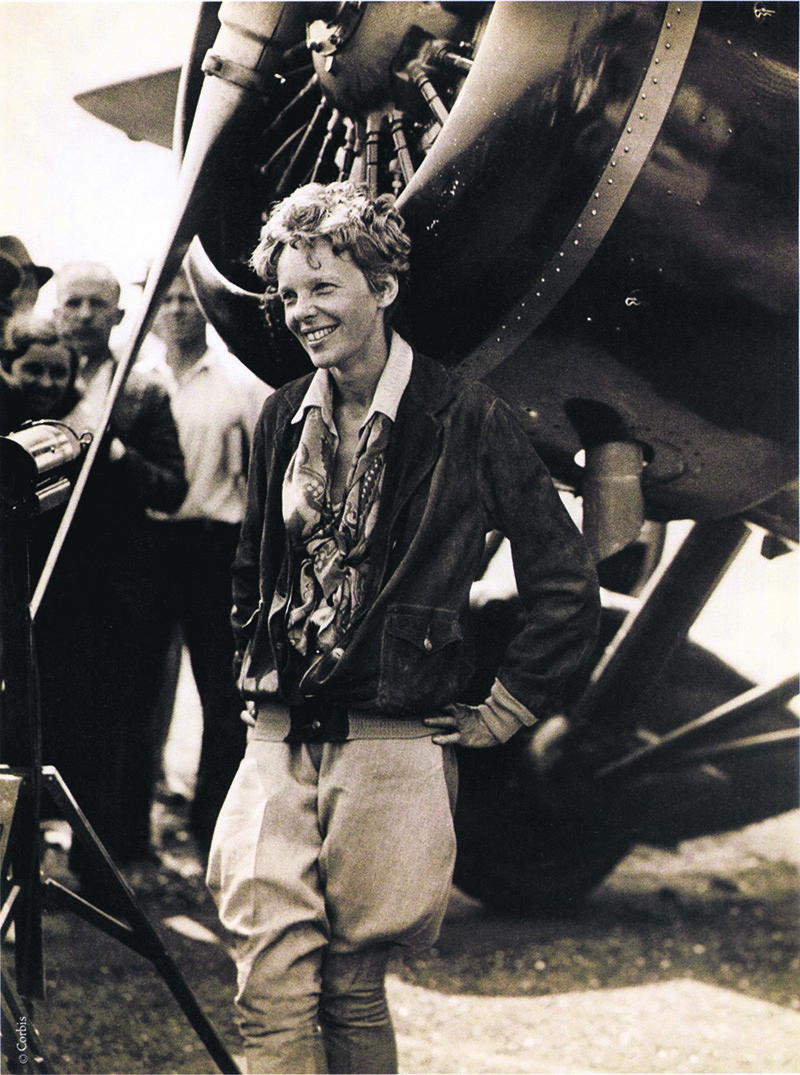 Bones found on a remote South Pacific island that were originally believed to be those of a man may in fact be those of famed aviatrix Amelia Earhart, who disappeared in the area in 1937, according to a new study.

Richard Jantz, professor emeritus of anthropology at the University of Tennessee, used modern bone measurement analysis to determine the bones were likely those of Earhart, who went missing while on a pioneering round-the-world flight with navigator Fred Noonan.

Earhart's disappearance is one of the most tantalizing mysteries in aviation lore, fascinating historians for decades and spawning books, movies and theories galore.

The prevailing belief is that Earhart, 39, and Noonan, 44, ran out of fuel and ditched their twin-engine Lockheed Electra in the Pacific Ocean near remote Howland Island while on the third-to-last leg of their epic journey.

One of the most popular theories is that Earhart and Noonan crash-landed on uninhabited Gardner Island, now known as Nikumaroro, part of the Republic of Kiribati, where she survived briefly as a castaway.

A 1940 British Colonial Service expedition to the island found a human skull, bones, part of the sole of a woman's shoe, a box for a sextant and a bottle of Benedictine.

The bones were shipped to Fiji and examined in 1941 by Dr. David W. Hoodless, a professor of anatomy, who determined they were those of a stocky man.

The bones have since been lost.

Using a computer program called Fordisc, which estimates sex, ancestry, and stature from skeletal measurements, Jantz re-examined seven bone measurements done by Hoodless -- four of the skull and three of the tibia, humerus, and radius bones.

Comparing them to measurements of Earhart's bone lengths based on photographs and examination of her clothing, he determined the bones were likely those of the aviatrix.

The bones have more similarity to Earhart than to 99 percent of individuals in a large reference sample, according to the study.

"This strongly supports the conclusion that the Nikumaroro bones belonged to Amelia Earhart," Jantz said. "The bones are consistent with Earhart in all respects we know or can reasonably infer."

"Until definitive evidence is presented that the remains are not those of Amelia Earhart, the most convincing argument is that they are hers," he said.

"Forensic anthropology was not well developed in the early 20th century," Jantz wrote of the previous analysis of the remains.

"There are many examples of erroneous assessments by anthropologists of the period," he said.

"We can agree that Hoodless may have done as well as most analysts of the time could have done, but this does not mean his analysis was correct," Jantz said.

The study was published this week in the journal Forensic Anthropology of the University of Florida. It was conducted in collaboration with The International Group for Historic Aircraft Recovery (TIGHAR).

She and Noonan vanished on July 2, 1937, after taking off from Lae, Papua New Guinea, on a challenging 2,500-mile (4,000-kilometer) flight to refuel on Howland Island, a flyspeck of a U.S. territory between Australia and Hawaii.

They never made it.