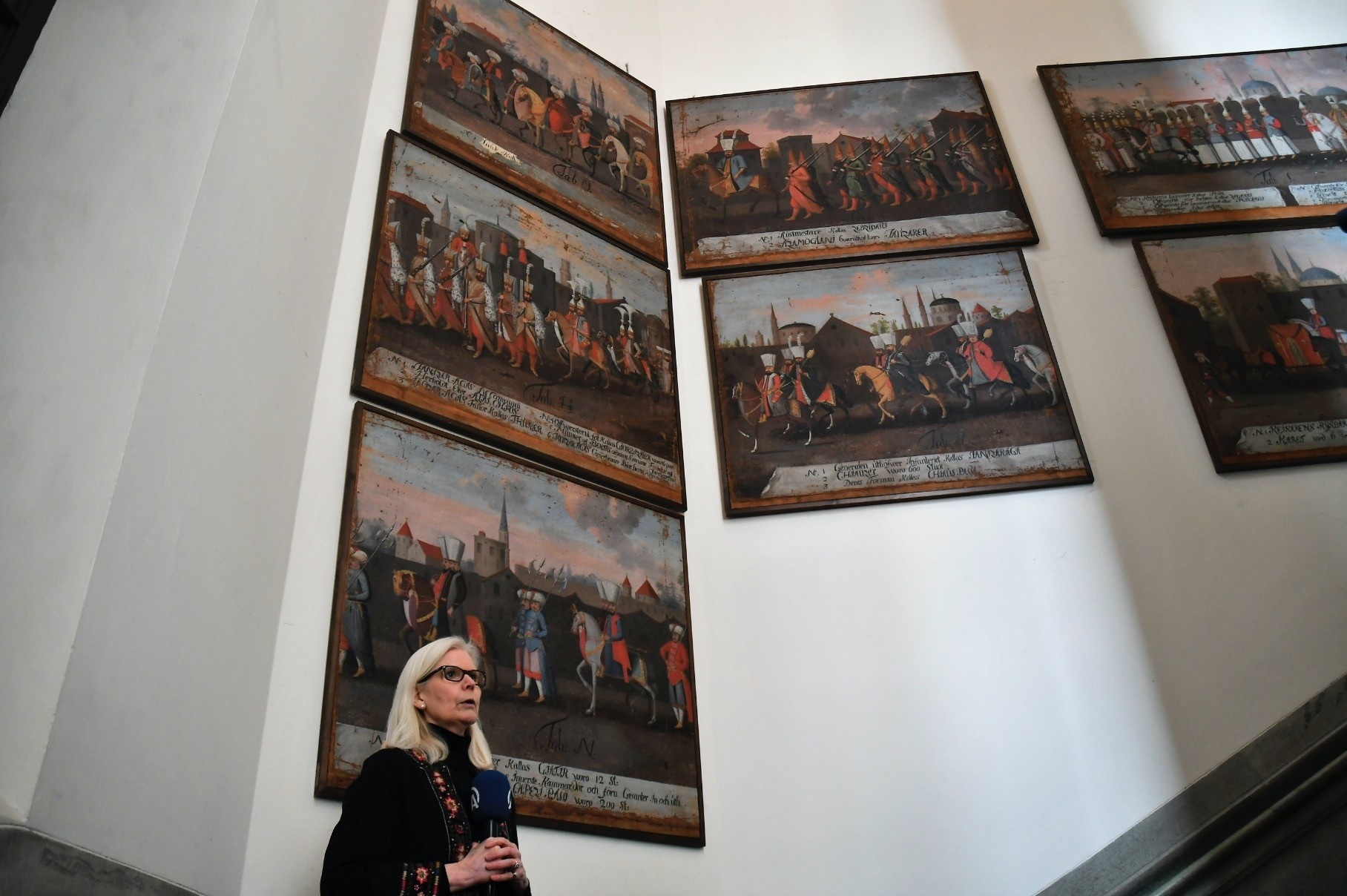 Nordiska Museumu2019s manager, Ulla Karin Warberg said that the paintings are reflections of the cultural relation between the two countries and are priceless.
by Anadolu Agency Mar 13, 2018 12:00 am 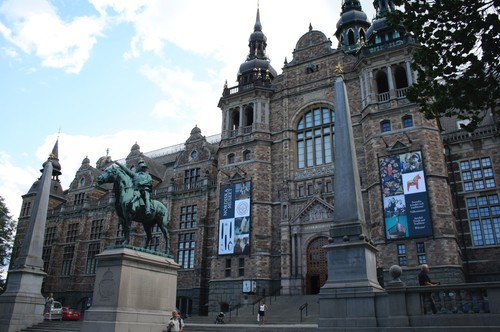 Named the "Avcı Mehmed'in Alya-ı Hümayunu," six out of the 20 oil paintings are currently undergoing maintenance, Warberg explained, adding that while 15 of the oil paintings belong to Claes Ralamb's family, the museum has the right to display them indefinitely. The remaining five paintings were purchased by the museum in 1988 through an auction.

Warberg said after being commissioned as the Swedish ambassador in Istanbul by Swedish King Carl X Gustaf, Ralamb made a deal with Sultan Mehmed IX to secure Ottoman support in case of a possible Russian attack. However, he could not present the sultan with any gifts as the Kingdom of Sweden was undergoing economic difficulties. He made the serious mistake of meeting with British and French diplomats before his meeting with the sultan. When the sultan heard about these secret meetings, he became suspicious and banned Ralamb from leaving Istanbul. 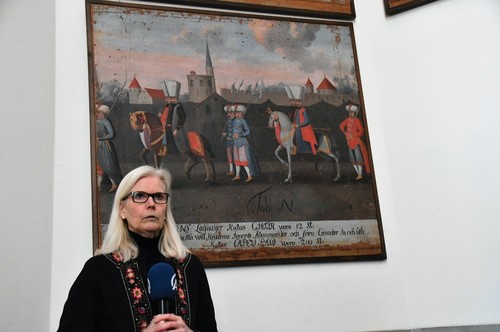 Nordiska Museum's manager, Ulla Karin Warberg said that the paintings are reflections of the cultural relation between the two countries and are priceless.

Being denied of his request to meet with the sultan many times, Ralamb finally got the chance to meet face-to-face with the sultan when he went on one of his hunting expedition, in which Ralamb roughly drew scenes from this campaign. His ban was lifted later and he returned to Sweden in 1658, just to create the paintings based on his sketches. However, Warberg also highlighted that it was not known who actually created these paintings, whether it was Ralamb himself or if he hired a painter to paint them.

The paintings depict in detail the grandiose expedition of Sultan Mehmed IV, whose nickname was "The Hunter," which took place in the fall of 1657 to Edirne, accompanied by a grand crowd. Warberg added that they have established a research committee in 2003 for the paintings, which revealed that the paintings were actually painted in Sweden. The width of the paintings is 122 centimeters and lengths vary between 133 and 203 centimeters. The collection was displayed in Turkey in 2006.