Ottoman arrows flew up to 260 meters at time of first conquest, study finds 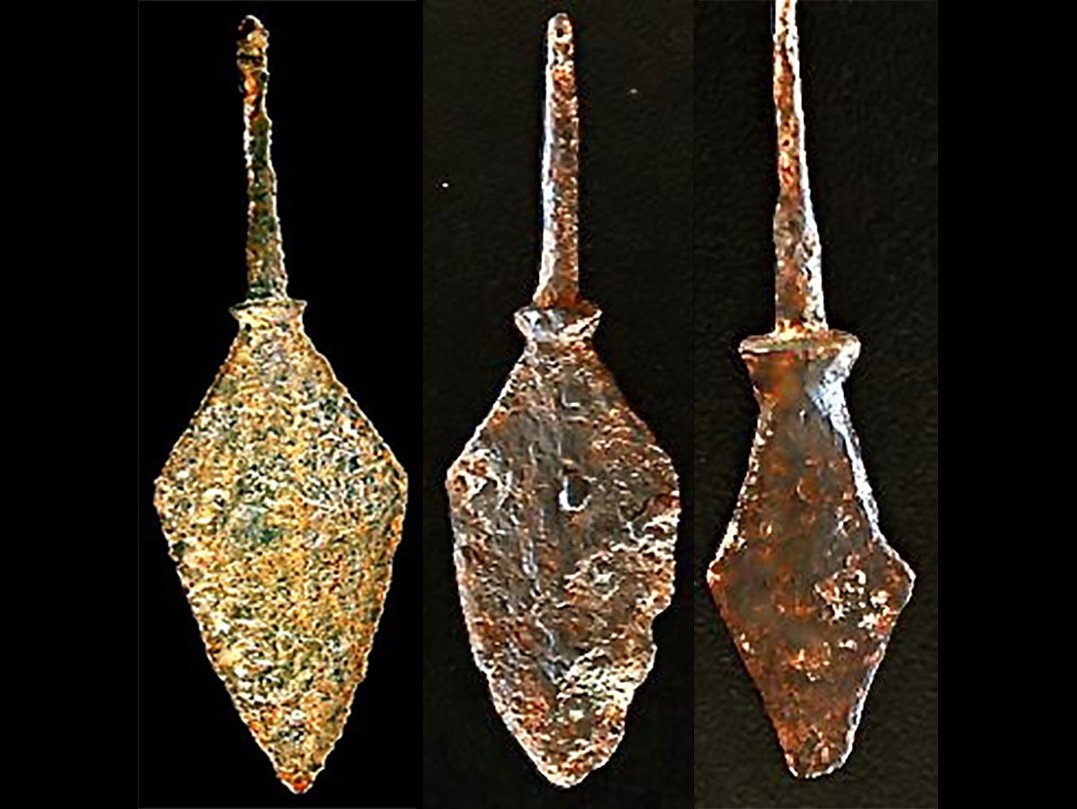 The arrows used during the first conquest of the Ottomans in 1288 under Osman Gazi, the founder of the Ottoman dynasty, had a range of 216 to 260 meters (236 to 284 yards) and were modified in shape over time to maximize range and speed, a recent study found.

The study by Anadolu University (AU) Faculty of Arts and Science examined arrows discovered at Karacahisar Castle in Eskişehir, the first castle conquered by the Ottomans and the site of the establishment of the Ottoman principality in 1299.

AU Professor Erol Altınsapan, who currently heads the excavation of the castle, found 96 arrowheads in various shapes during a study carried out between 2011 and 2014.

After dividing the arrowheads by shape into eight groups, Altınsapan began investigating why these warfare tools were used in different forms.

Working together with an interdisciplinary team, Altınsapan found that the shape and weight of each arrowhead determined its range and speed, and the arrows were developed over time to maximize these properties.

"The arrows, which were the most important weapons of the Middle Ages, varied in form for these reasons," Altınsapan told Anadolu Agency.

Using an estimate of the arrows' standard weight and length, the team found the arrows used in the early Ottoman period could fly up to 260 meters (284 yards).

In comparison to other medieval weaponry, the longest shot by the English longbow, recorded in the 16th century, was 315 m (344 yards), though the reliable military range was estimated closer to 180 m (200 yards).

Karacahisar Castle was first excavated in 1999 by prominent Turkish historians Halil Inalcık and Ebru Parman, and research has been carried out by Altınsapan since 2011.

Osman Gazi reigned from 1299-1323 as the leader of the Ottoman Turks. He became chief of the Anatolian Seljuk town of Söğüt in 1980, where he began launching raids on the Byzantine frontier. After the collapse of the Seljuk authority, Osman Gazi successfully occupied the fortresses of Eskişehir and Karacahisar, going on to capture Yenişehir, which became the Ottoman capital. Osman Gazi's final campaign before his death was the capture of Bursa, in western Anatolia.