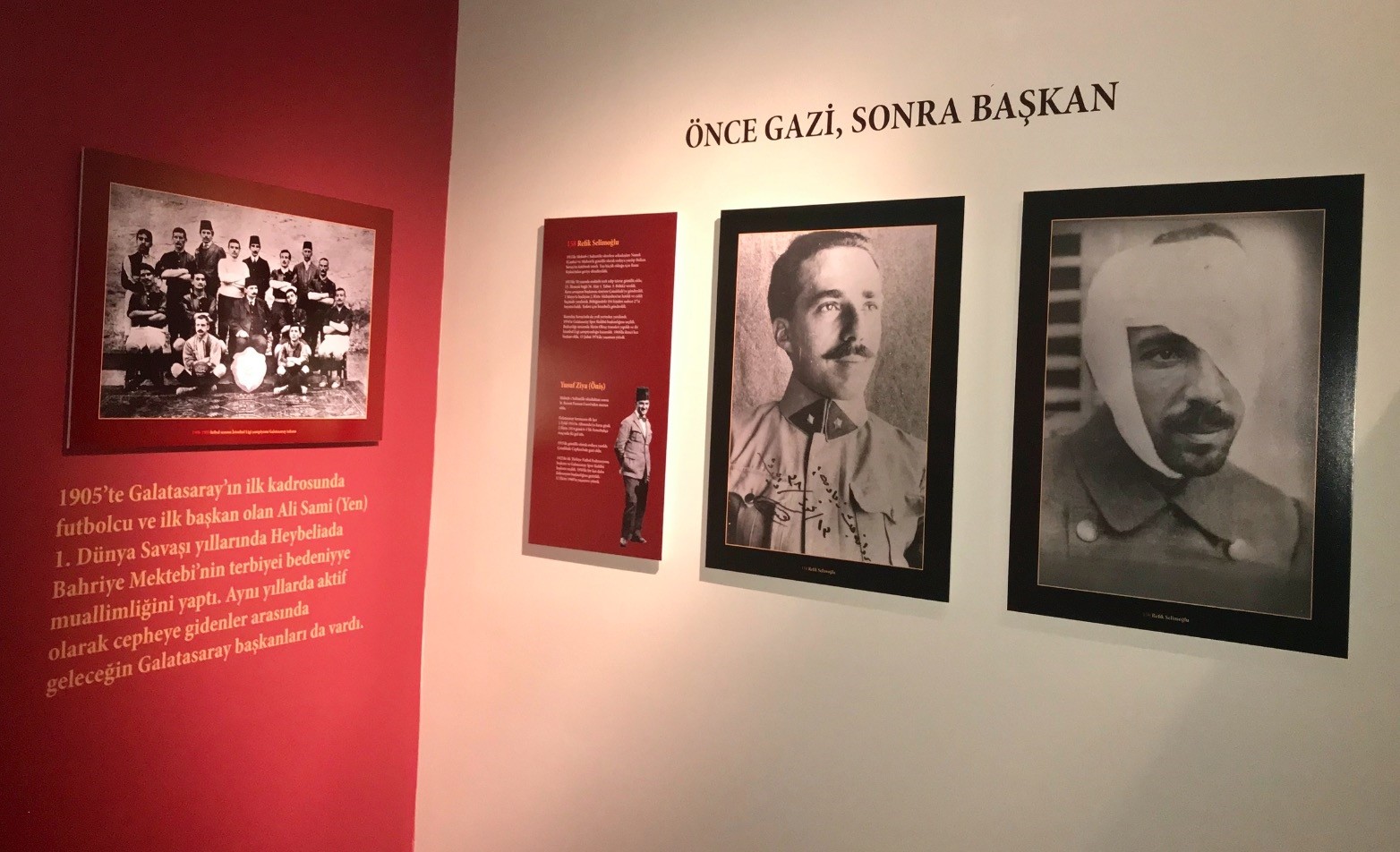 Prepared as part of the 150th establishment anniversary of Galatasaray High School, the ‘Galatasaray Members at the Gallipoli Campaign' exhibition continues to welcome visitors with precious memories of Galatasaray's school and team members

Now, courtesy of Galatasaray Culture and Art Center, we can witness the experiences of a few selfless soldiers, who left everything behind to fight in the Gallipoli Campaign.

"Galatasaray Members at the Gallipoli Campaign" is an extraordinary exhibition where you can witness the likes of Hasnun Galip, who went to the front of the war after winning a championship with Galatasaray, Cevat Çobanlı Pasha, who signed Mustafa Kemal's decision to arrive in Samsun, Nazım Hikmet's uncle Mehmet Ali, for whom the great poet wrote poems, Celal İbrahim, who was the first footballer of the Galatasaray football team to score a goal against Fenerbahçe and other unforgettable martyrs.

Visitors can commemorate the memories of these precious figures of Galatasaray High School and the Galatasaray football club. They can witness their stories until May 18.

A special exhibition on the 150th anniversary of Galatasaray High School

The 150th establishment anniversary of Galatasaray High School, which was opened under the name of Mektebi Sultani (Galatasaray Imperial High School) or Lycée Impérial Ottoman de Galata-Seraï in French in 1868, is being celebrated with various events. 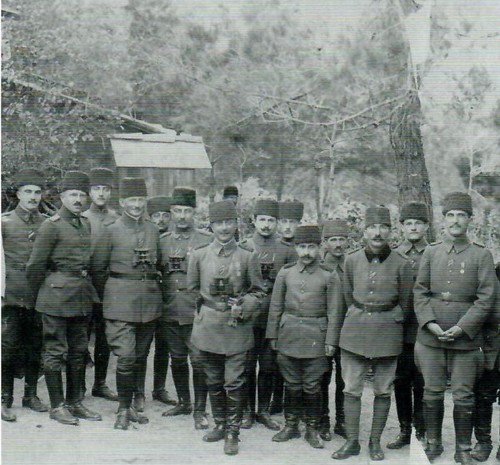 Cevat Çobanlı Pasha (M) developed the defense strategy through the Bosporus in the Gallipoli Campaign.

Cevat Çobanlı, who is the son of Şakir Pasha, graduated from the Galatasaray High School and Military Academy. He was the commander who ordered the entrance of Goben and Breslau cruisers, which were later renamed Yavuz and Midilli, to the Bosporus. He developed the defense strategy through the Bosporus in the Gallipoli Campaign. This strategy was proven on March 18, and Çanakkale couldn't be passed.

He was a corps commander at Cape Helles and fought there. After the Gallipoli battle, he was the commander of the Ottoman army in Galicia. He became the chief of staff when the war ended. He was the one who signed Mustafa Kemal's arrival decision to Samsun.

Ali Rıza Sedes is the son of Süleyman Pasha. In 1888, Sedes went to the military academy without taking the exit tests at Galatasaray High School. After the military academy, he became a chief commander. He was one of the officers of the Hareket Army, which was sent by unionists to quash the March 31 incident. At the Gallipoli Campaign, he was a division commander. He was the commander of the eighth division which struggled with bayonets under the leadership of Mustafa Kemal at Chunuk Bair and made the place safe again, forcing back the army of the Allies.

He was a graduate of Galatasaray High School and the most famous footballer of his period. He went to the war after winning the championship with Galatasaray. When mobilization was announced, he was called for duty as a reserve officer because he knew a foreign language. He was martyred in the first battle that he joined in Çanakkale. The street where Galatasaray Sports Club's center in Beyoğlu is located is named after him.

İbrahim Orhan graduated from Galatasaray High School in 1912. While he was studying chemistry in France, the Ottoman Empire joined World War I. Therefore, he returned to the country and worked as a pilot in the Gallipoli Campaign. During the war, he received aviation training in Germany. He was the first Ottoman pilot who took down an Allied plane. Toward the end of World War I, his plane was shot by a Greek gunner over Chios and he was martyred.

When Mustafa Refik was 14, he started his education at Galatasaray High School. In 1912, he wanted to participate in the Balkan Wars, but, his request was turned down by the Rami Barracks because he was 16. When World War I started, he was recruited and struggled at the Battle of Krithia with his division in Çanakkale. Only 27 people from his division survived, and he was sent to Istanbul after being severely wounded. After his treatment, he went on to fight in the Turkish War of Independence, getting injured seven more times in the process. After the Surname Law, he got the surname Selimoğlu and was chosen as the 30th chairman of the Galatasaray Sports Club in 1954. He also had in name written into history as the chairman who transferred Metin Oktay.

Ahmet Refik started Galatasaray High School in 1903 and graduated as the top student in 1911. He was the son of Ata Bey, the literature teacher at the school. He was then sent to Germany to continue his education. However, he returned to the country when the war broke out. After a short training at the military academy, he was sent to the frontlines because there was need for a German speaker in Çanakkale. He worked as a translator at the Hamidiye bastion and then was sent to the Orhaniye bastion. He was injured in the first attack of the Allies' navy. However, he died after being injured by another bullet. He was Galatasaray's first martyr in Çanakkale.

Mehmet Ali was the great poet Nazım Hikmet's uncle, for whom he wrote poems. He was a student at Galatasaray High School until he dropped out in 1910 and voluntarily joined the Balkan War. He fought at the frontlines, especially in the Second Balkan War. While he was fighting in Bulgaria, he was injured and everyone was sure he would die. However, he survived. He wanted to continue his profession in the military and had gunnery training. He wanted full duty in Çanakkale when World War I started. He quickly became the best artillery officer there.

On July 19, 1915, crown sultan Yusuf İzzettin Efendi visited the Gallipoli Campaign and went to the frontlines, ignoring his advisers' warnings. English planes started bombarding when the crown sultan was there. Mehmet Ali opened fire on the planes, but, he was martyred from a bullet that came from an English navy officer. 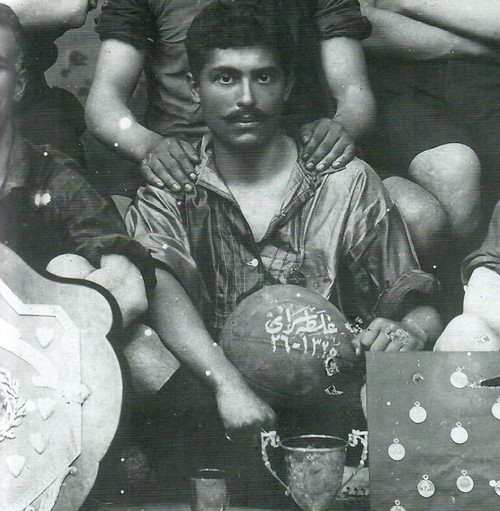 Celal İbrahim graduated from the Galatasaray High School in 1909. He was known as Kurdish Celal. He was the first Galatasaray footballer who scored a goal against Fenerbahçe. He played in all matches but one from 1905 to 1915.

In the famous match where Galatasaray played against Fenerbahçe with seven players and won 7-0, he scored four of the goals. He was also Galatasaray's first goal scorer against a foreign team.

On April 23, 1915, two days before the ground wars started, he played his last match and joined the Gallipoli Campaign. He escaped death and later fought respectively in Palestine, Iraq, the Eastern Theater and again in Iraq, where he was injured. He wrote in a letter to Ali Sami Yen, "I fought in six conflicts to date and eventually got injured." After his treatment, he went to Iraq one more time, where he was martyred defending Baghdad.