Medieval Ani Cathedral in eastern Turkey to go under renovation 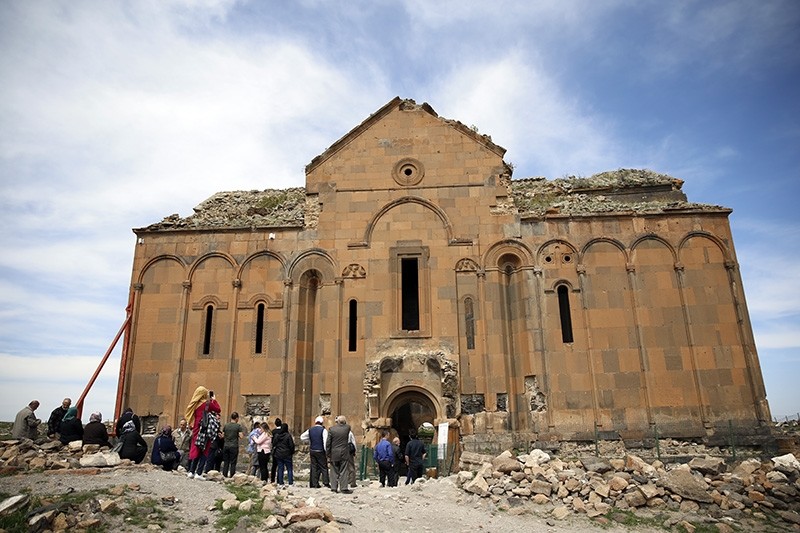 The ruined medieval Cathedral of Ani in Turkey's eastern Kars province, which is inscribed as a UNESCO World Heritage Site, will go under restoration, reports said Sunday.

Considered to be the largest standing building in Ani, the cathedral served as the first mosque used by the Turks after the Seljuk Conquest in 1064, but was then used as an Armenian church.

It is also referred to as the Fetih [The conquest] Mosque.

The restoration will be carried out in line with the authentic structure of the building, reports said.

He noted that the restoration of the cathedral will start later this month and special attention will be paid to ensure that the authenticity of the structure is preserved.

Ani's history dates back to 3,000 B.C. and hosted various civilizations including the Sacas, Sasanians, the Bagrat Kingdom, Byzantium Empire, the Principality of Şeddatoğulları, the Ani Georgian Atabegs, the Ilkhanids, the Seljuks, Karakoyunlus, Akkoyunlus, the Russians and the Ottoman Empire.