US to handover 3,800 smuggled ancient artifacts to Iraq 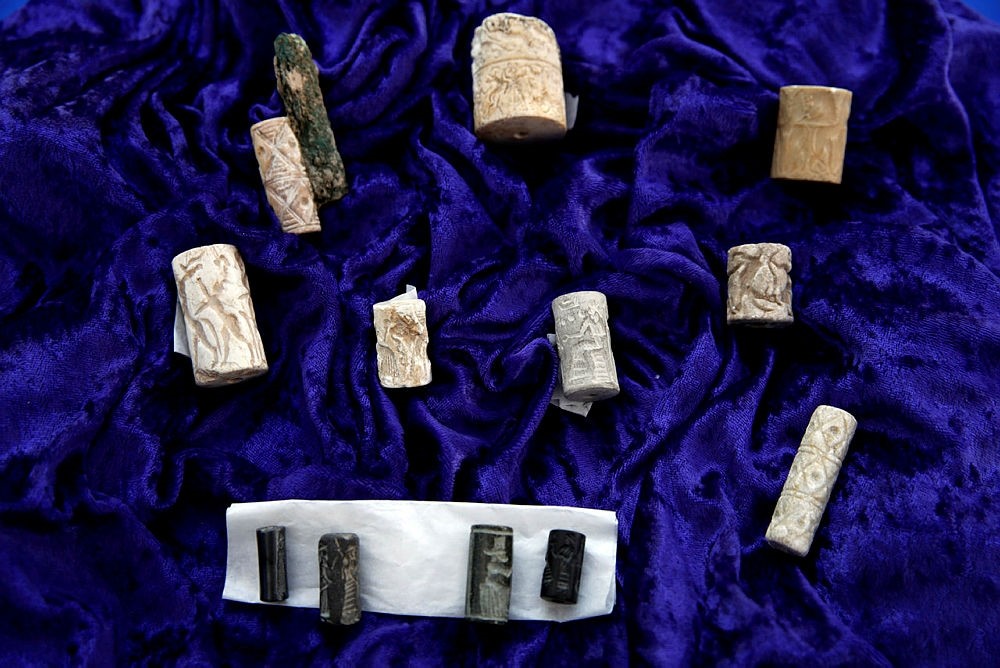 Ancient cylinder seals from Iraq are among the objects being returned by Immigration and Customs Enforcement (ICE), to Iraq, during a ceremony at the Residence of the Iraqi Ambassador to the United States, in Washington, May 2, 2018. (AP Photo)
by May 02, 2018 12:00 am

About 3,800 artifacts, including Sumerian cuneiform tablets dating to 2100 B.C., that were illegally smuggled to retailer Hobby Lobby Stores Inc will be returned to Iraqi officials in Washington on Wednesday.

Hobby Lobby, the Oklahoma City-based arts-and-crafts retailer, agreed in July to surrender the antiquities, which made in what is now Iraq about 4,000 years ago, and pay $3 million to settle civil proceedings brought by the U.S. Justice Department. Shipping labels on the packages the artifacts arrived in described them as "tile samples," federal prosecutors said.

The company began assembling a collection of historically significant manuscripts and other antiquities in 2009, prosecutors said.

The company's president, Steve Green, is the founder of the Museum of the Bible, which opened in Washington, D.C., in 2016. Privately held Hobby Lobby has said the seized artifacts were not intended for the museum. It has not said what it planned to do with them.

The forfeited packages included tablets with cuneiform script, one of the earliest systems of writing. Many of the tablets come from the ancient city of Irisagrig and date to 2100 B.C. through 1600 B.C. primarily, known as the Ur III and Old Babylonian periods. Two clay cones also were inscribed with royal inscriptions from the Early Dynastic Lagash II periods, around 2500 B.C.

Justice Department officials have said Hobby Lobby's 2010 purchase of $1.6 million in ancient artifacts through dealers in the United Arab Emirates and Israel was "fraught with red flags," saying the company had ignored warnings that the items could have been looted from archaeological sites in Iraq.

When the company disclosed its $3 million settlement with the Justice Department in July, Green said Hobby Lobby should have "carefully questioned how the acquisitions were handled."

A representative of the company did not immediately respond to a request for comment on Wednesday.

Hobby Lobby and the Green family drew headlines in 2014 when the Supreme Court ruled the craft store chain and Conestoga Wood Specialties of Pennsylvania could refuse to cover contraceptives in their employees' health insurance due to the its owners' religious beliefs.