Horse domestication spread Turkish language, and the plague, across Eurasia 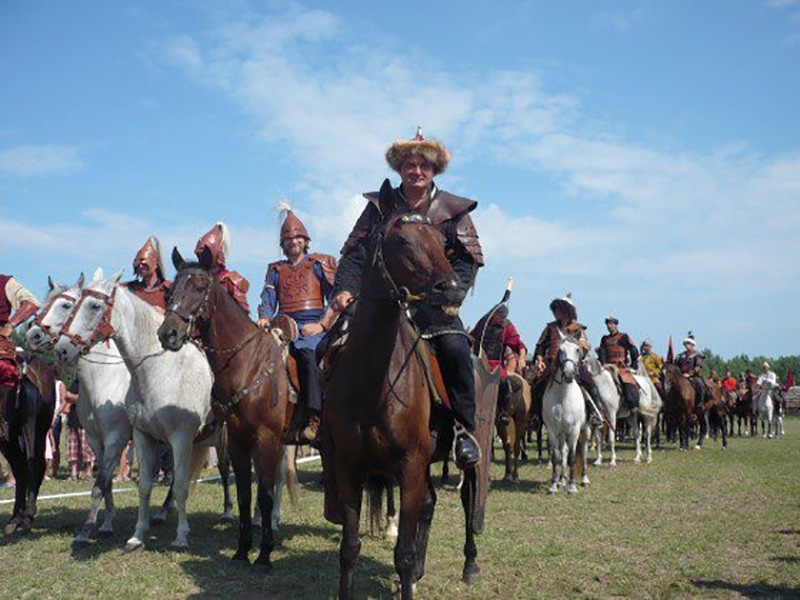 In three studies published in the journals Science and Nature, experts reported sequencing the genomes of dozens of humans who lived between 2,500 B.C. and 1,500 A.D. -- a 4,000-year period from the Iron Age to medieval times.

Their analysis showed a slow and steady west-to-east shift in the genetic makeup of the people who populated the Eurasian steppe -- a massive expanse stretching from Hungary and Romania in the west to Mongolia and northeast China in the east.

"It's also changing the steppe in terms of being Indo-European speakers to becoming Turkish-speaking people."

The Indo-European language group gave rise to modern-day tongues such as English, French, German, Russian, Hindi and Persian, while Turkish is part of the Turkic language group thought to have originated in East Asia, including Mongolia.

From about 800 to 200 B.C., the Eurasian steppe was dominated by the Scythians, a group of Iranian-speaking mounted warriors, the researchers said.

These were thought to have originated from Bronze Age farmers of western "European" ancestry.

Yet today, "the people living in Central Asia and western Asia are really of Asian descent," said Willerslev. "We wanted to understand how this happened."

The Scythians, they found, were "absorbed and replaced" by Huns spreading westward out of Mongolia, "killing all the people they met but also mixing with them."

When the Hun Empire collapsed about 1,500 years ago, other groups started moving westward -- most famously the Mongols.

"You can say that the vast majority of the genetic makeup of contemporary people in this 8,000 kilometer-long (4,971 mile) stretch across Europe and Asia has really mainly been formed within the last approximately 1,000 years," Willerslev told journalists.

For his colleague and co-author Peter de Barros Damgaard, a highlight of the research is to show how horse herding and riding changed the face of Eurasia.

"Starting with the domestication of course, which enabled these groups to grow in number and this expansion of pastoralist societies and then later, as we move into the late Bronze Age, we have the invention of the spoke wheel chariot which connects south Asia with Europe and establishes these huge trade routes," he explained.

"The next big change in the use of horses is to actually start riding them and shooting with bow and arrow as mounted warriors, and this infuses a military dynamic into the steppe" -- leading to a constant changes in empire and the genetic makeup of conquered populations.

The researchers also found that the Justinian plague pandemic, which killed millions of people on the European continent in the years 541 and 542, had come with the East Asian conquerors.

"Some people have argued it came from Greece," said Willerslev, but bacterial DNA found in the remains of two ancient humans shows "it was probably brought to Europe by the Mongol expansion."

Finally, the research showed that Hepatitis B, which kills almost a million every year due to complications such as liver cancer, was already present in Eurasia some 4,500 years ago.

Scientists are keen to learn more about when the virus arose, and the rate by which it mutates.