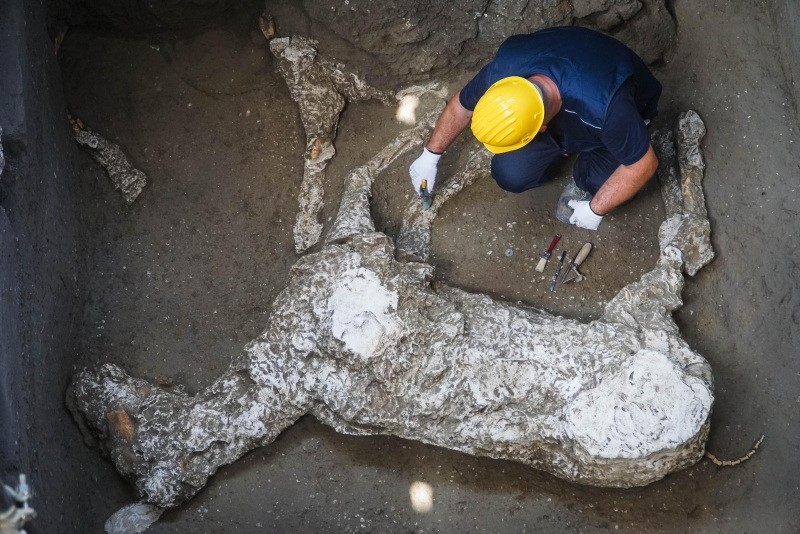 Excavation in Pompeii has unearthed a stable with what appears to be the final resting place of an ancient racehorse buried in a volcanic eruption almost 2,000 years ago.

Italian officials on Thursday displayed a cast of the horse, which appeared to have been lying on its left flank when it died.

Naples daily Il Mattino quoted archaeologist Greta Stefani as saying the shape of the horse was represented by a vacuum, created by the decay of organic material.

Pompeii director Massimo Osanna said the animal was a thoroughbred likely used for races, not farm work due to its strong body and it probably belonged to a wealthy family.

Parts of the sprawling city destroyed by Mount Vesuvius' eruption in the year 79 await excavation. The stable belonged to a villa on Pompeii's northern outskirts. The villa's excavation also turned up kitchen utensils and part of a wooden bed.

Pompeii was an ancient Roman town. Much of the area is still to be excavated, which was buried beneath as much as 80 feet (24 meters) of ash.