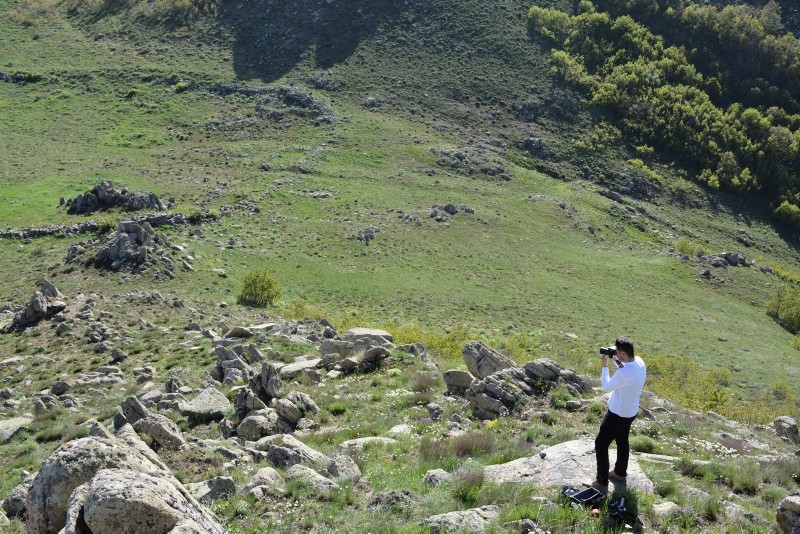 The Ministry of Culture and Tourism has launched a project to carry out excavations at a newly-discovered archaeological site located in Turkey's northeastern Bayburt province.

Discovered by a team of researchers at Bayburt University, the 12.3 acre-site was allegedly used as a military post during the Roman Empire, reports said.

The archaeological site shares similarities with the ancient city of Satala, located in Gümüşhane province.

He noted that the ancient site could have served as a military post, as it has many features in common with Satala.

He explained that the fortress they discovered at the site indicates that it was used as a defense field, as the wall thickness of fortresses is usually over a meter, but the one they discovered in Bayburt was thicker than three-meters.

Bayburt Culture and Tourism Director Bekir Kurdoğlu noted that a research team will start excavation works at the site and that they aim to turn the region into a tourism hub.

"We will register the site and put it under protection," Kurdoğlu said.

Local residents near the newly-discovered site also noted that they are happy about the discovery and want the site to be officially registered as an ancient city.

During the late Middle Ages, Bayburt was a stronghold of the Genovese and its strategic location between the Empire of Trebizond in the Black Sea and Persia boosted its prosperity in the 14th century.

Other historical landmarks in the city include an underground city, tombs, mosques, baths and Baksı Museum.

Famous Ottoman traveler Evliya Çelebi and Venetian explorer Marco Polo are believed to have visited Bayburt in the 16th and 13th centuries respectively.