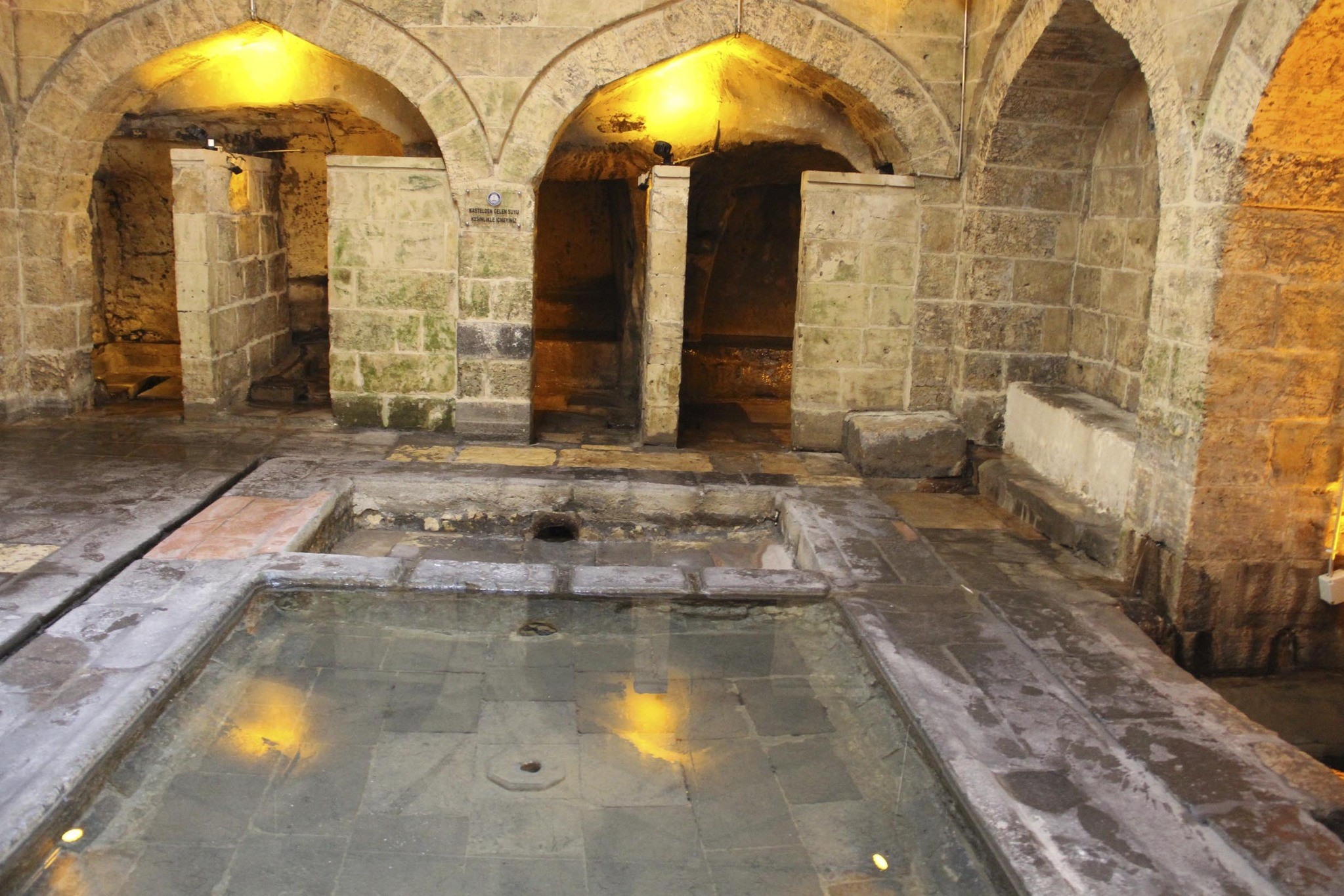 The constructions called "kastel" and "livas" are the water-distribution systems used in the past in Gaziantep province. Kastels were the fountains, and livas was used to describe the waterways. Speaking to Anadolu Agency (AA) in Pişirici Kastel in Gaziantep, the city's Mayor Fatma Şahin said these systems are unique and have no other equal in the world.

Noting the sound of water in the Pişirici Kastel makes people peaceful, Şahin said: "There is coolness here, as well. It shows how water is precious and fertile. Water means life. The water systems in our city are old as much as the history of humanity is. There is a process to the water line of the city which started in the Roman period."

Highlighting the tens of kilometers distance between the settlement areas of the city and the water resource, Şahin continued: "Every civilization created a method to connect the city and this resource in their periods. Each of them had a different way and made their people reach water. Here is a system that brings clean water to people through 10-kilometer waterways called livas.

The system carved rocks and was designed with a great engineering. It is the most important water system of the period, which was built with innovation and research and development. With these waterways and fountains, the people in the region could satisfy their need for water and cleaning. They washed their wools. Washing wools was very important in my childhood. These fountains should also be seen as a socializing and gathering place for the people."

Saying water means a great civilization, Şahin implied six fountains are in service in Gaziantep now. Stressing that they managed to draw the attention of United Nations Educational, Scientific and Cultural Organization (UNESCO) with their studious reports, Şahin explained, "We thought we should introduce these works to the tourism industry when we discovered they are unique and there no other examples of them in the world. We prepared some reports together with our technical team and masters who wrote books. If we did not report and present the story of water in the best way, we would not have been successful. We were experienced with what we should do in the process of UNESCO as we have applied it before. The waterways and fountains of Gaziantep are on the Tentative List of UNESCO now thanks to our efforts. They were the fastest-registered works. This shows how they are authentic."

Şahin stated that this type of construction started to come into prominence worldwide and added, "We want to combine these values with our campaign titled, 'Do not Look Far Away.' People do not need to go to Africa to see a safari park and to visit other countries to try different tastes. The center of all of them is Gaziantep. We have six fountains in service now. Our aim is to open the waterway. Culture is an identity. We will sustain the culture of our ancestors and will not let it be forgotten."