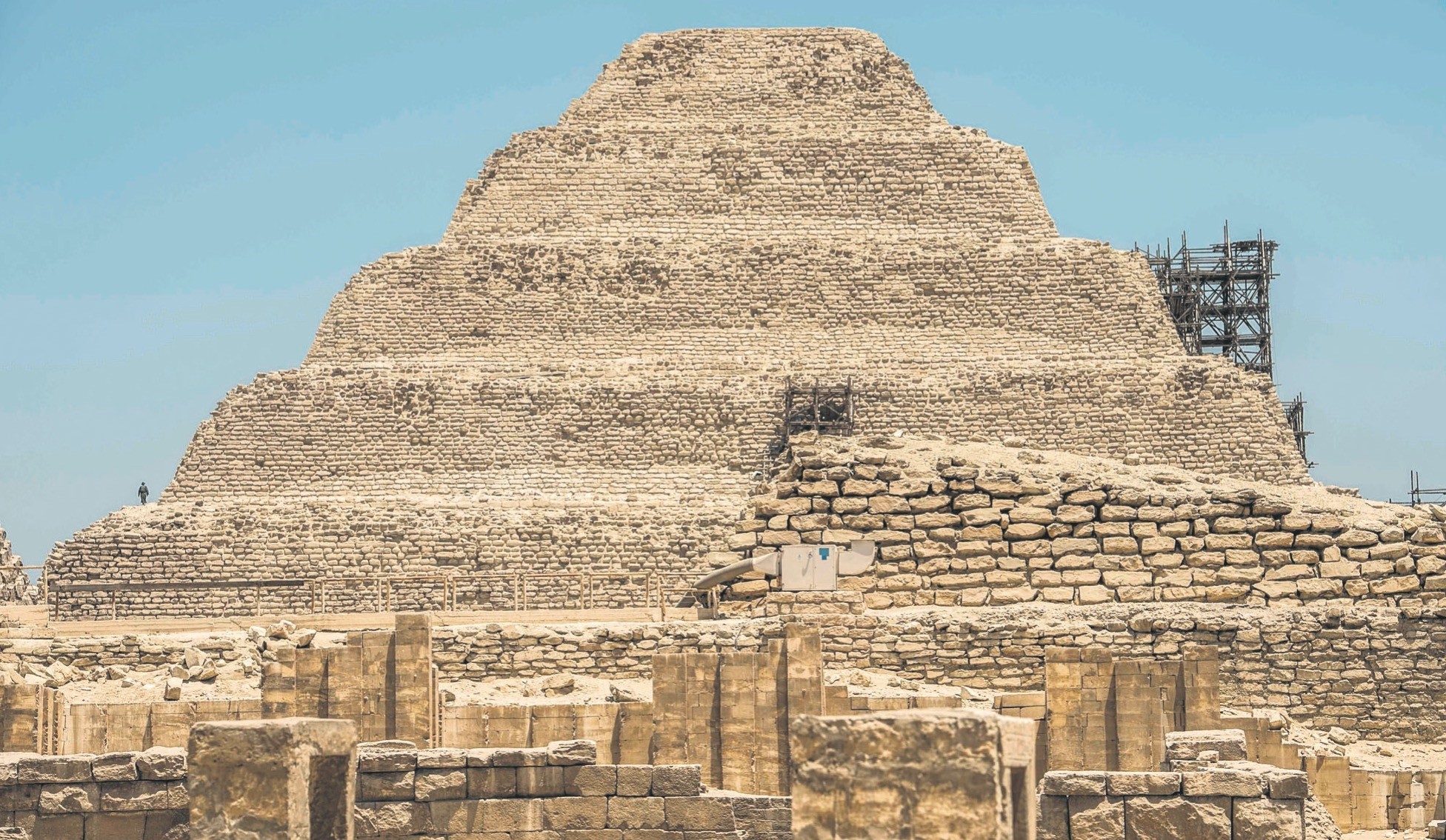 Archaeologists have discovered what is believed to be a mummification workshop near the Saqqara necropolis at the famed Giza pyramids complex, Antiquities Ministry officials said Saturday.

"A joint Egyptian-German mission of archaeologists have discovered a 30-meter-deep shaft dating back to the 26th dynasty," Antiquities Minister Khaled al-Anani told a press conference at the site of the discovery. Al-Anani said pottery containing oils used in mummification, along with 35 mummies, five sarcophagi and one wooden coffin were found in the shaft.

"This is the beginning of a new discovery... we still need a lot of work in the site," the minister said.

Saqqara necropolis is part of the larger Memphis Necropolis, which is inscribed on UNESCO's World Heritage List.

Mostafa Waziri, secretary-general of Egypt's Supreme Council of Antiquities, said the team started its work in the area in March 2016, and discovered the shaft between April and mid-May 2018.

"Only one of the five discovered sarcophagi has been unsealed," he said. "This is a very rich site and the area is promising."

The mummification chemicals found in the shaft are similar to those discovered in a tomb in the Valley of the Kings in 2006, added Waziri.

Earlier this year, archaeologists discovered a number of artifacts in Egypt, including an ancient cemetery in the southern city of Minya and a 4,400-year-old tomb near the Giza Pyramids.

A major museum is under construction near the Pyramids and is due to be partially opened later this year. The museum will be home to a large collection of ancient Egyptian artifacts.

Egypt is seeking to revive its battered tourism industry, a main source of national income.