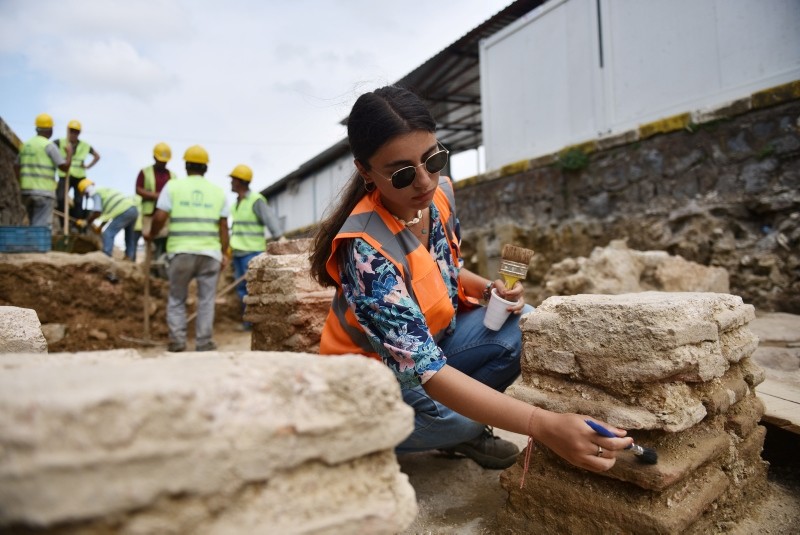 Numerous historical artifacts and remains were recently found under the rails at a train station in Istanbul.

Pieces of old pottery, coins and Ottoman-era waterways were unearthed during excavation works at Istanbul's iconic Haydarpaşa Railway Station in the district of Kadıköy. The findings will be sent to several workshops for further examination.

A team of 15 experts from the Istanbul Archeology Directorate is currently working at the excavation site at Haydarpaşa.

"When we look at this area, we see traces of four historical periods. Remains of the late Roman, Byzantine, Ottoman and Republican periods can be found [here]. Although we cannot fully define it by looking at the available data, we accept that this [area] was used as a settlement," the head of the Istanbul Provincial Directorate of Culture and Tourism, Coşkun Yılmaz said.

According to Yılmaz, the findings at Haydarpaşa are yet another proof of Istanbul's historical wealth.