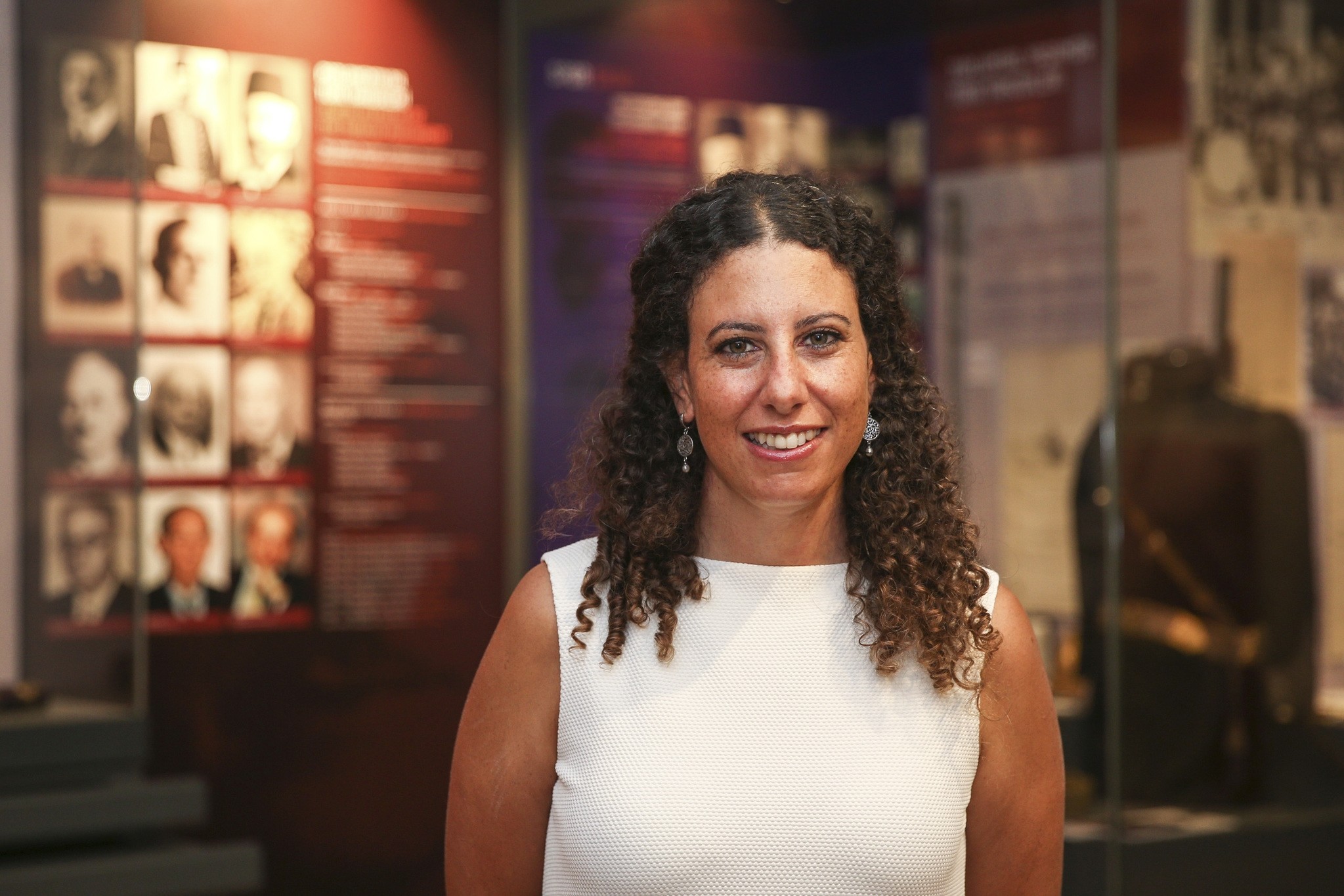 On the anniversary of the Jewish exile from Andalusia in 1492, Jewish people are content living in Turkish territories inherited from the Ottoman Empire, which always treated Jews with justice and freedom

The manager of the 500th Year Foundation Turkish Jews Museum in Istanbul, Nisya İşman Allovi, noted that the Jews that had to migrate from Spain to Ottoman lands remained in peace for ages and the Ottomans managed to maintain the empire through a strong national system. "Ottomans gave everyone the chance to live in this land without interfering with their language and religion as long as they paid their taxes. I think this is the source of the Ottoman success," said Allovi.

Speaking to an Anadolu Agency (AA) reporter on the anniversary of the exodus of the Jews from Spain, Allovi said that Ferdinand of Aragon and Isabella of Castile made Spain into a single country with their marriage, as the Jews were exiled from the country to empower their union on March 31,1492.

According to the Alhambra enactment issued against Jews, all Jews were ordered to either change religion or leave the country in six months, and Allovi noted that with the Alhambra Enactment Reconquista (reconquest) signed on March 31, 1492, an edict to dismiss every Jew from Spain was signed, and all Jews were ordered to leave the country by Aug. 2, 1492. There were a few people who did not want to leave Spain and changed religions. Even if they changed religions, they were tracked closely. "After this tracking process, inquisition courts were established, and according to resources, more than 13,000 people were executed," said Allovi.

'Bayezİd II trusted Jews as an element of confidence in trade'

Allovi noted that after the enactment, 150,000 out of 300,000 Jews scattered all over the world safely made it to the Ottoman territories as Bayezid II sent ships to Spain. She added that many Jews who did not want to change religion had to leave the country and started looking for a new homeland. "They preferred Protestant territories such as the Netherlands, the UK and Portugal and preferred African countries in the south. But when problems emerged in the countries they had migrated to, they came to Ottoman lands through Europe. The Sultan sent Kemal Reis (uncle of Piri Reis) to the ports of Cadiz and Seville with galleys to rescue the Jews, who were in a difficult situation."

"Then, some of the Jews made it to Istanbul. Bayezid II was shocked by this decision by Spain, and he said to Ferdinand II, 'If a ruler enriches my country while he is making his country poor, how can he be a wise ruler'?" said Allovi. According to Allovi, Jews who reached Ottoman lands lost their assets but not their cultures and knowledge. Therefore, they contributed a great deal to this country. Noting Bayezid II knew Jews closely thanks to his father Mehmed the Conqueror, Allovi said when Mehmed the Conqueror conquered Istanbul, he placed Jews in key positions since they acted as an element of trust and were also active in trade. "Thus, while some Jews came to Istanbul on their own, some were brought to Istanbul by the Sultan's edicts. Beyazıd II was born in Amasya and ruled there. Thus, he had close relations with the Jews and knew who they were," added Allovi.

Allovi stated that the Jews lived on the Anatolian soil even before the exile. "Jews known as Romaniov lived in Anatolia. When Orhan Bey came to conquer Bursa in 1326, he encountered the Jews. And he gave them the right to repair the Etz Ahayim synagogue. His relation with the Jews began there. Jews from Hungary and France settled in Anatolia between 1326 and 1376. They continued to settle in Ottoman lands, including the Spanish forced migration. Ottomans applied the nationality system wherever they conquered. There was no policy to turn people into Muslims. Everyone continued his or her own language and religion freely. Therefore, they continued their traditions in the same way and kept them alive until today," said Allovi.

'After Jews, Muslims were expelled'

Nisya İşman Allovi noted that after Spain tried to Christianize the Jews with the Alhambra Enactment, Muslims were forced to migrate from Andalusia.

"Along with Ibn Rüshd, various Jewish scientists such as Maimonides were raised in the Cordoba region, which was a Muslim area. There is a big and rich mosaic in the cultural sense. Naturally, the Jews who came out of this rich culture and settled in the Ottoman lands brought this richness with them to these lands," she continued.

Unfortunately, Muslims had to migrate from Andalucia in the same way after the Jewish migration. But Ottomans had confidence in Jews. In addition, for Jews being good in their profession was a sign of doing good business. The family of Josef Amon and his son had been physicians for four generations. Josef Amon even died on the way back to Yavuz Sultan Selim from the Syria and Palestinian campaigns. The first printing house was founded by the Jewish Nahmias brothers. Again, many new sectors such as firearms, silk bugs, dyeing, money changing, trade development in various fields, leatherworking, textile dyeing, etc. started with the Jews," said Allovi.

In addition, she mentioned that due to the Ottomans' multicultural and non-discrimination mentality, it kept many different cultures alive. This was because of the tolerance of the Ottomans. "Therefore, many cultures lived together peacefully. The Ottoman Empire was able to preserve the empire with the nationality system."

Today, Jewish and Turkish families still live together. Everyone still communicates at Eid or Pesach. This beautiful culture mosaic, which we enjoy from our meals, continues where we can knock on each other's door," added Allovi.