Echoes of Greek rule over Jerusalem in ancient gold earring 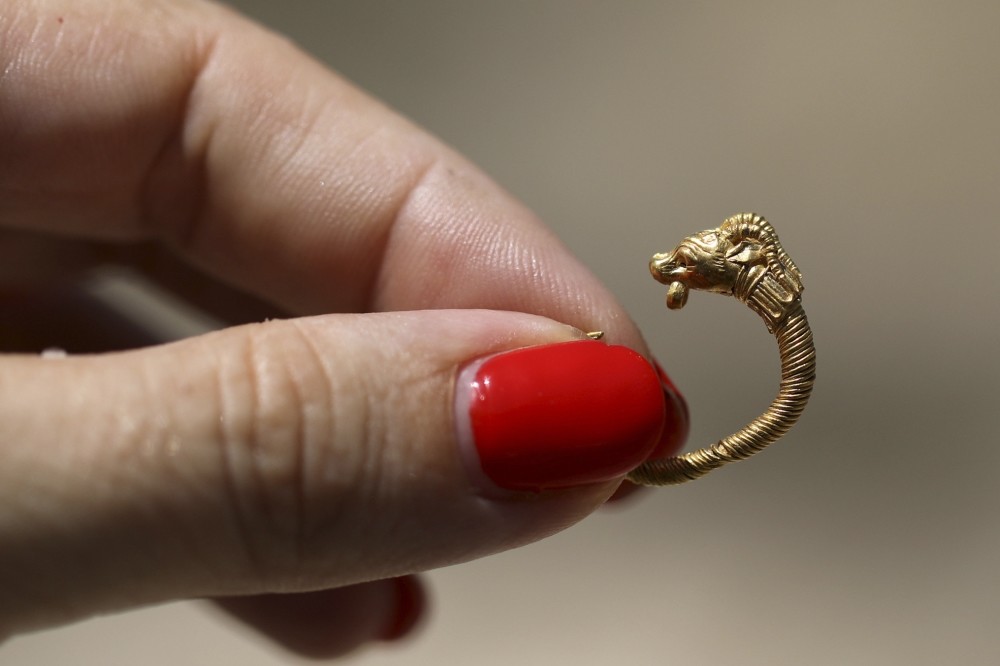 A gold earring believed to date back more than 2000 years has been unearthed near the site of the ancient Jewish temples in Jerusalem, in what Israeli archaeologists called rare evidence of Hellenistic influence.

The 4 centimetre (1.5 inch)-long filigree hoop with a ram's head mould, shown here, was discovered during excavations outside Jerusalem's walled Old City. The dig is around 200 metres (yards) south of the Temple Mount, which today houses al Aqsa mosque and is known to Muslims as the Noble Sanctuary.

The Israel Antiquities Authority said the trinket's crafting was consistent with jewellery from the early Hellenistic period - the 3rd or early 2nd-century BCE, roughly between Jerusalem's conquest by Alexander the Great and the Jewish revolt against pagan rule recounted in the biblical Books of the Maccabees.

"This is the first time somebody finds a golden earring from the Hellenistic times in Jerusalem," said Yuval Gadot, a Tel Aviv University archaeology professor involved in the find. Such jewellery might have been worn by wealthy men or women, at the time, and its owner would probably have been either a Greek living in Jerusalem or a local "Hellenised Jew", he said. "We connect it to other things and maybe we will have a better understanding of Jerusalem - not just the text but how people really behaved here," Gadot told Reuters.