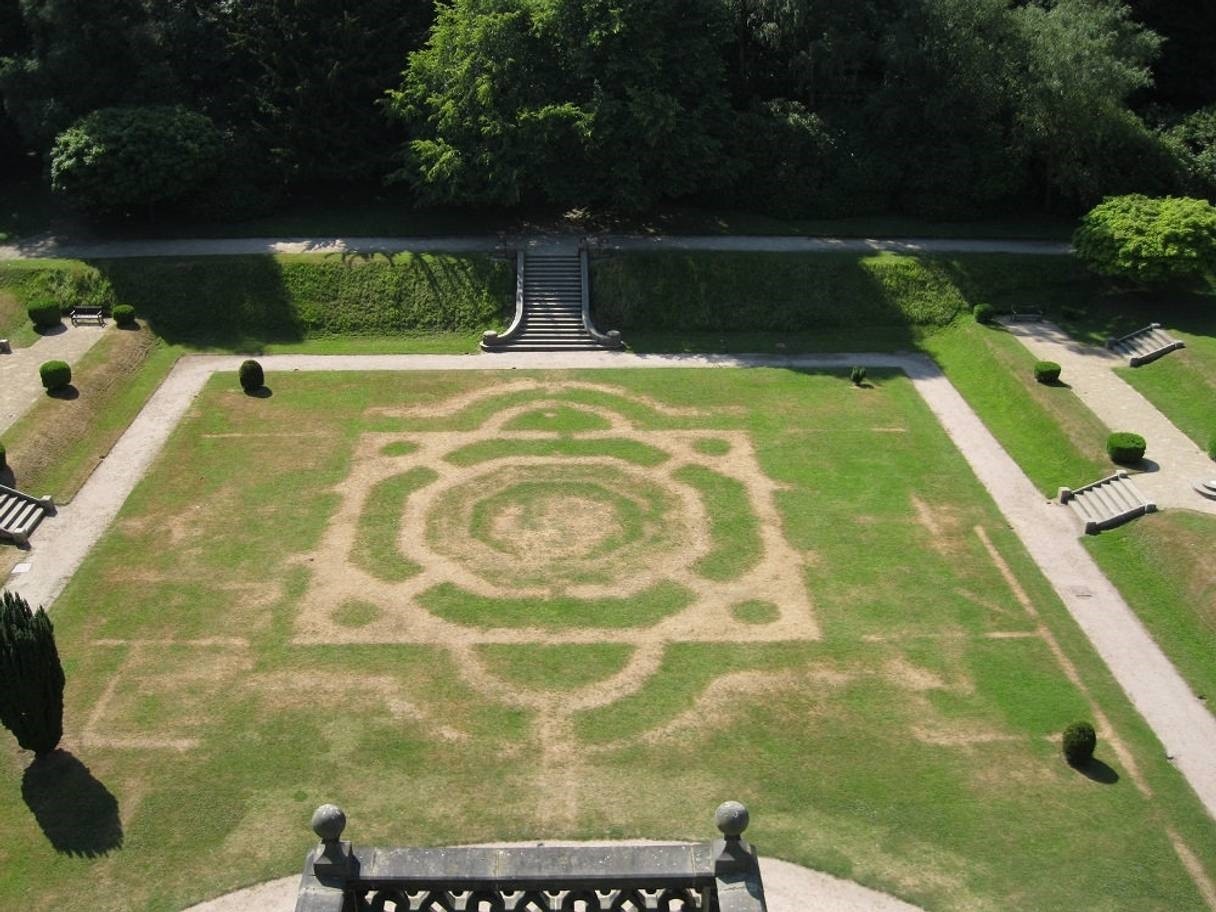 Among the new discoveries are two Neolithic monuments near Milton Keynes in central England.

These are rectangular-shaped constructions believed to have been enclosed paths or processional ways, usually dating from between 3,600 and 3,000 BC.

One monument was recently mapped, but until this year another one next to it was hidden beneath a bank of earth that is being gradually ploughed away.

Several of the finds are in the south-west region of Cornwall, including an Iron Age round -- a settlement surrounded by a circular ditch -- in St Ives.

Crops planted above ancient ditches or other earthworks often flourish because the disturbed ground retains more moisture than undisturbed soil. As a result, in drought conditions, they stay green longer.

In contrast, crops planted above the remnants of ancient stone walls grow less well, and after a dry spell are often more bleached in colour.

When viewed from above, both can give a clear outline of what lies beneath.

"This spell of very hot weather has provided the perfect conditions for our aerial archaeologists to 'see beneath the soil' as cropmarks are much better defined," said Duncan Wilson, chief executive of Historic England.

"The discovery of ancient farms, settlements and Neolithic cursus monuments is exciting.

"The exceptional weather has opened up whole areas at once rather than just one or two fields and it has been fascinating to see so many traces of our past graphically revealed."

Further details have also emerged of existing sites, including lost Elizabethan buildings and gardens associated with Tixall Hall in Staffordshire.