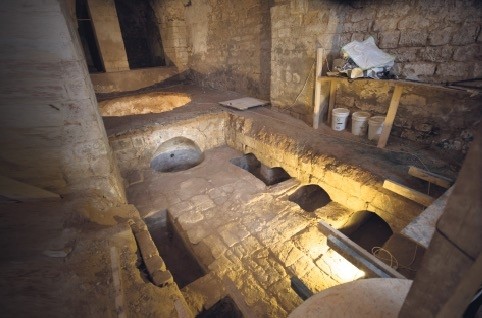 An Ottoman-era soap factory has been unearthed in Israel's port city of Jaffa, according to the Israeli Antiquities Authority.

In a statement, the authority said that the soap factory was discovered by workers rewiring the electricity system of a building in the Old City of Jaffa.

The factory, called "masbaneh" in Arabic, is thought to date back to the 19th century and includes several underground chambers.

It is the second such discovery in Jaffa. It gives archaeologists an opportunity to have a closer look at the history of Jaffa¹s lucrative soap industry.

Soap has been one of the major industries in the region since the Middle Ages, being sold both locally and across the Ottoman Empire, especially in Egypt.

Having ruled Palestine from 1516 until 1917, the Ottomans left a number of historical monuments and artifacts in the region.