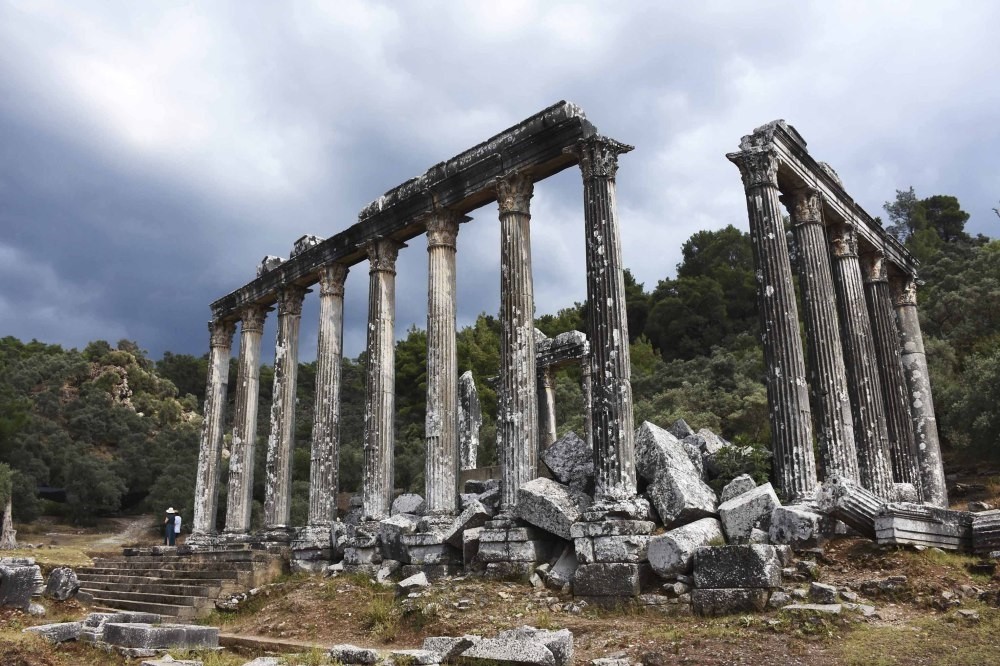 The ancient city of Euromos located in Turkey's southwestern Mugla province is eyeing a spot in the UNESCO tentative list of World Heritage sites. The Zeus Lepsynos temple was built in the 2nd century BC in the Selimiye neighborhood within the district of Milas.

Speaking to Anadolu Agency (AA), Abuzer Kızıl, an academic at the archaeology and literature department of Mugla Sitki Kocman University, said that 16 out of 17 columns were still intact which makes it one of the best preserved temples. "This is one of Anatolia's best preserved temples of the Roman period because many of the architectural elements are available," he said. Kızıl said that restoration work is continuing in Euromos so that it regains its past glory. He added that Euromos was one of the most important centers of the Kingdom of Caria.

Kizil also emphasized the archaeological and scientific significance of Euromos and the temple of Zeus. He said that it is important for the ancient city to be included in the UNESCO list as it would benefit archaeology, culture and tourism in the region.