2,000-year-old Aphrodite statue recovered after being stolen from Greek museum 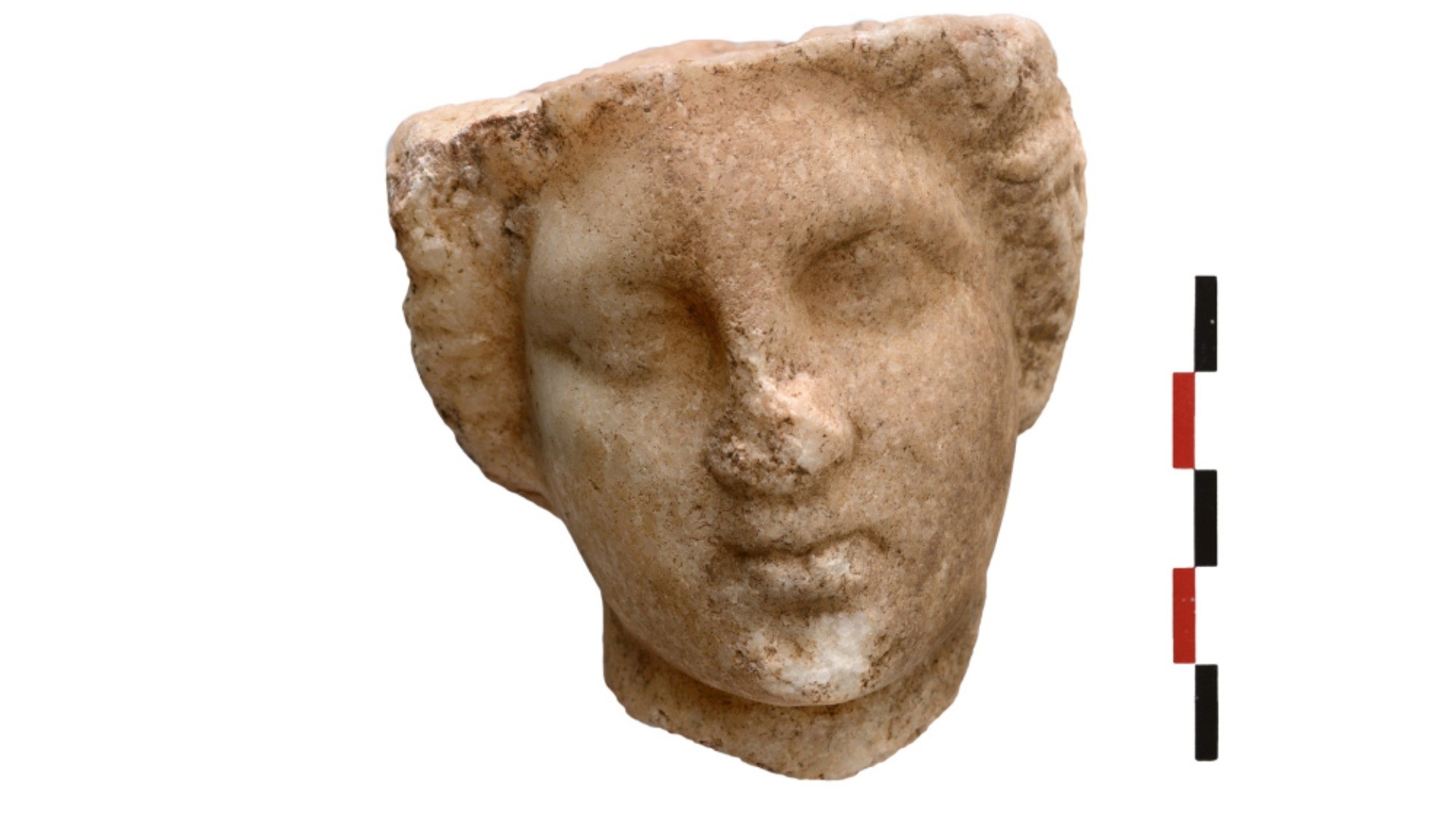 A handout photo made available by the Greek Ministry of Culture on 04 September 2018 shows the head of a marble statue of ancient Greek goddess Aphrodite found during excavations on the island of Kythnos from June 24 to August 4, 2018. (EPA Photo)
by Associated Press
Sep 05, 2018 12:00 am

Greek authorities have recovered a 2,000-year-old statue of Aphrodite, the ancient goddess of love, which was among a batch of antiquities stolen from a museum storeroom on the island of Santorini.

Police say a man who had allegedly been trying to sell the 80-centimeter (31-inch) marble work was arrested Tuesday in the southern seaside town of Loutraki. Another two Greek men have been identified as suspected accomplices.

A police statement Wednesday said the director of the Santorini museum confirmed the artifact was stolen from the storeroom.

Earlier this year, a museum watchman and another suspect were arrested for allegedly stealing antiquities from the storage area, and about 20 pottery and stone artifacts were recovered.

No inventory of other missing artifacts was published, and it was unclear how many were stolen.