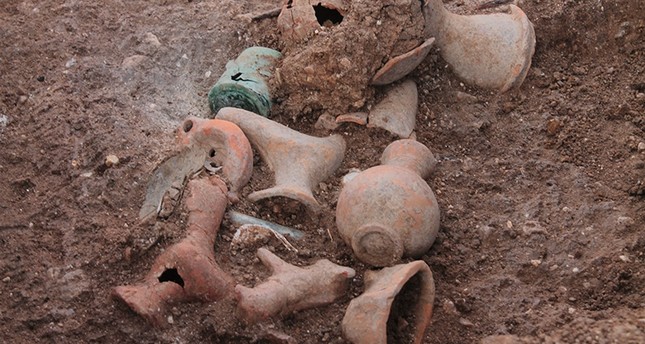 Turkish archeologists have found an anti-dryness eye cream jar in a 2,200-year-old tomb during their excavation works in an antique city of Aizanoi in country's western Kütahya province.

Chief of the excavation works in Aizanoi, professor Elif Özer said Wednesday her team uncovered important findings about the funerary practices of the people living in Aizanoi during ancient times, during their work in the ancient city's "Necropolis," or cemetery.

Historians believe the people of Aizanoi, living in the first and second century B.C. were cremated before burial. "These tombs are nearly 2,200 years old," she told Anadolu Agency. 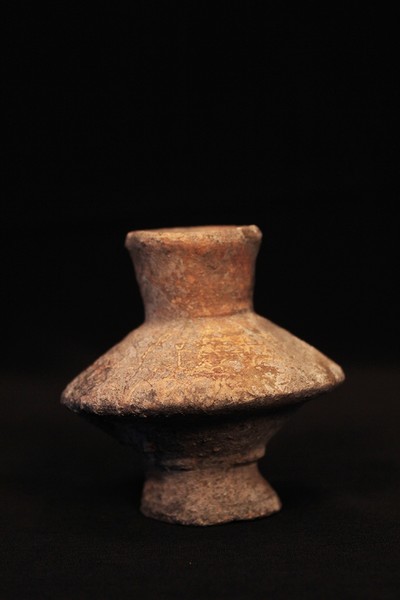 In one tomb, Özer said the team found a jar for holding a cream used for "Xerophthalmia," or eye dryness.

"We know this jar was used for keeping eye cream in Ancient Rome era," she said, adding that the raw plant which was used for therapeutic purposes for eye dryness until the end of 18th century could be found in Lycia – on the southern coast of Turkey – and India.

"When we read the texts of the writers from the ancient times, we can determine that this jar was used by soldiers," Özer said.

"Ancient sources say that Roman soldiers in Egypt used eye cream to treat eye dryness. We found this jar in a male's tomb believed to be a soldier," she added.

In line with the ancient belief in the afterlife, Özer said that perhaps the relatives of the deceased soldier put the jar into his grave considering he might need it after death.

She said the jar is now displayed in the Kütahya Archaeology Museum.

A team of 55 people, including archaeology students, academics and other workers, are contributing to the excavation works, she added.

The Aizanoi ancient city was added to the UNESCO World Heritage Tentative List in 2012. The ancient city is also hosting the Temple of Zeus, the main sanctuary of Aizanoi.