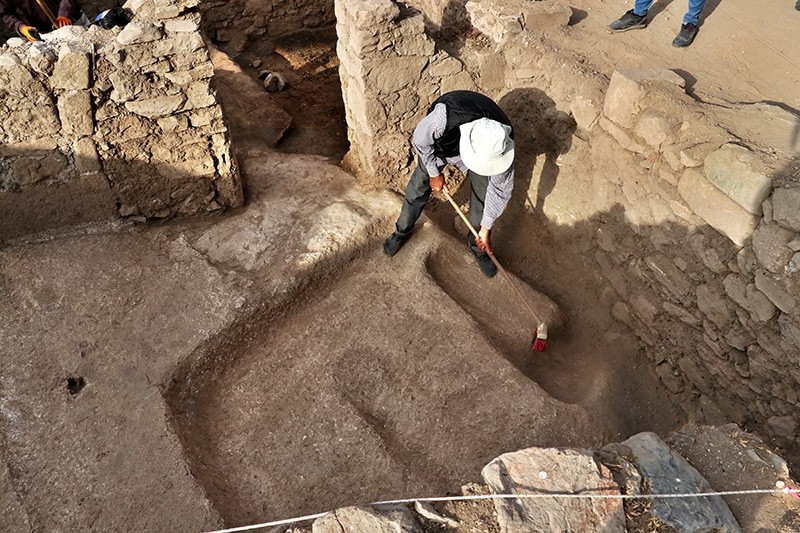 A team of archaeologists have unearthed an outdoor altar area in eastern Turkey from the Urartu period.

The open-air altar area dating back 2,700 years was discovered during an excavation in the ancient city of Harput in the province of Elazığ.

Aytaç said that the presence of the altar reveals that Harput was an important city governing the region as well as a cult center.

Harput was included in the UNESCO World Heritage Tentative List in 2018.

"Based on excavations and researches made in and around Harput, the first settlement goes down to Paleolithic Age. Harput Castle was also built during the Urartian period," according to UNESCO official website.