1,500-year-old grave of 'lovers' taken under protection in Çanakkale 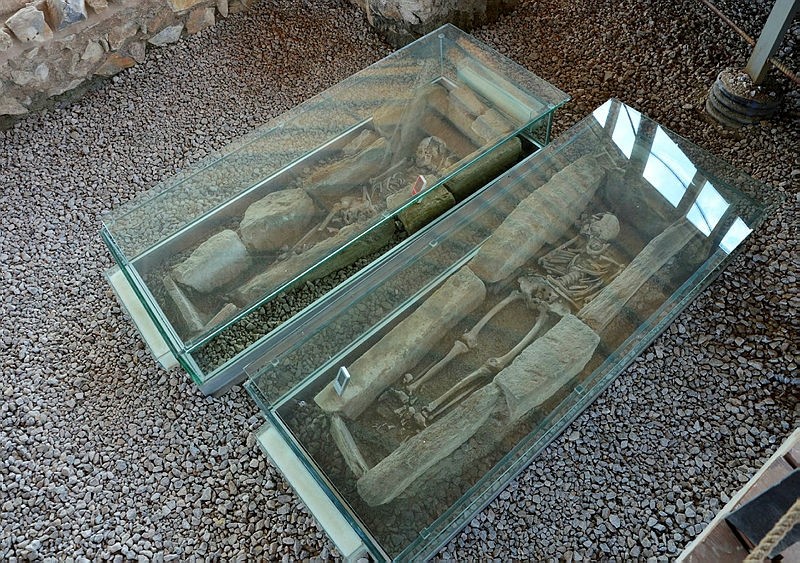 A grave presumed to belong to two lovers in northwestern Çanakkale province dating back 1,500 years has been taken under protection and transformed into a preservation area.

The grave was found during excavations in Parion Ancient City located in the village of Kemer of Biga district in 2011.

The area where the grave is located is one of the best examples of archaeological conservation, Vedat Keles, the head of the excavation team and an archeology professor at Canakkale's Ondokuz Mayis University, told Anadolu Agency.

"We found this place in 2010 and started excavations in 2011. The late Byzantine chapel was uncovered during excavations," Keles said.

There was a large thermal power plant in the area, and the owner of the construction applied to the cultural heritage preservation board in Canakkale to learn if there was any remains from ancient Greek city Parion, also called Parium, he added.

Keles said the two graves unearthed in the chapel area made the structure important, adding that one of the graves belonged to an individual, who carried a cross at the chest level.

About the other grave, Keles said it was of a "man and woman cuddling each other, according to the information anthropologists gave to us" and that they decided to name the late Byzantine chapel the "lovers' chapel".

"In fact, we happened to learn that there was such a love story here and we found the remains of the love," Keles said.

He also said they wanted to take both the love and the structure under protection, and they realized the idea with their main sponsor.

Keles said he thinks the area will become an important destination, as not many examples of graves of cuddling men and women were found in the world -- apart from Italy and Ukraine.

He also said it was the first one to be found in Anatolia, emphasizing that protecting such a cultural heritage located within a large industrial plant was the first example in the world.