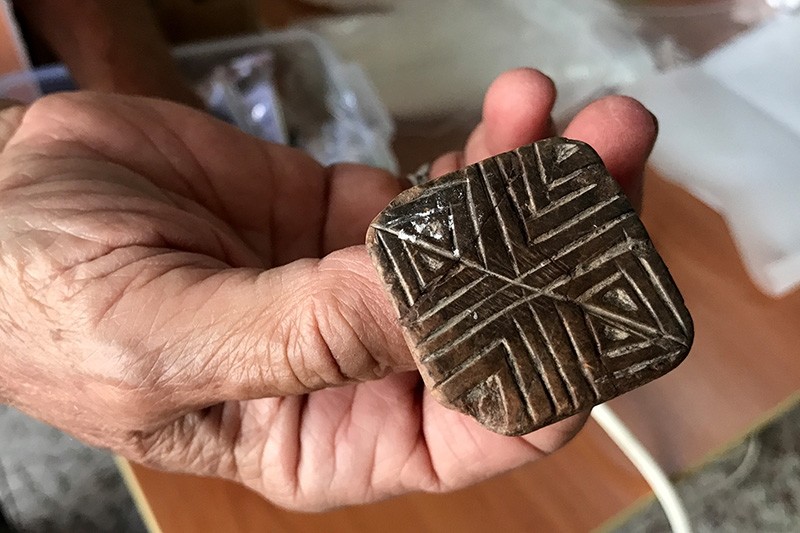 Ancient seal dating back to some 9,000 years ago was unearthed at a mound in the southern coastal Turkish city of Mersin.

The seal -- dating back to 7,000 B.C. -- was uncovered in excavations at Yumuktepe Höyük, located four kilometers west of the city center.

During the two-and-a-half month excavations in the mound, the team of 25 -- led by Isabella Caneva, an archeology professor at Italy's Lecce University -- discovered an arrowhead belonging the Neotlithic era and scores of sling stones in addition to the seal.

"We found a seal which belongs to 9,000 years ago. Seal means private property. There are geometric patterns on it," Caneva said.

"The obsidian arrowhead which belongs to the Neolithic period was removed and a large number of sling stones which were used for counting the Chalcolithic layer with a geometric pattern seal were discovered," she said.

The team acquired precious and useful information about the region's history during the excavation, she added.

The Yumuktepe Höyük mound is regarded as one of the oldest settlements in all of Anatolia, bearing traces of Early Neolithic, Early Chalcolithic, Early Bronze and Iron Ages as well as the Roman era.