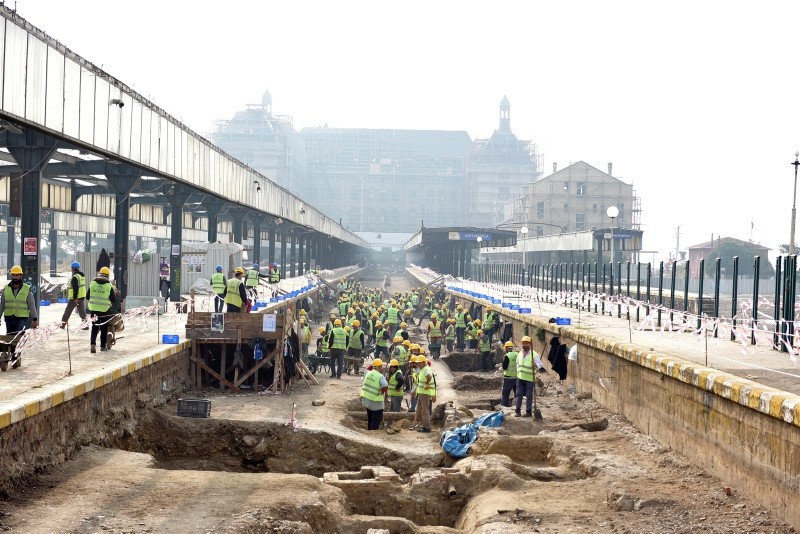 The archaeological excavation carried out as part of the restoration works in Istanbul's landmark Haydarpaşa Train Station continues to recover precious historical artifacts that potentially shed light on the city's history.

A nearly-intact skeleton wearing a scented necklace, believed to be some 1,000 years old, was found Thursday, the latest discovery at the site. 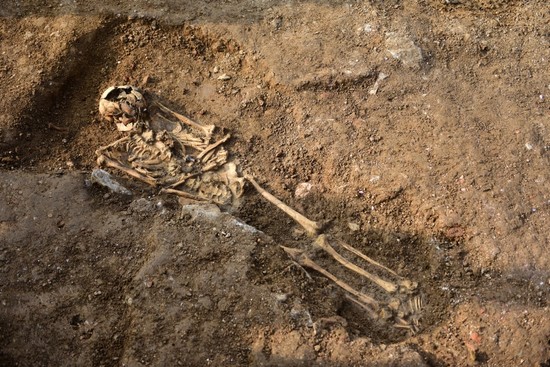 Three museum experts, 18 archaeologists, one restorer, one photographer and nearly 400 workers resumed efforts at the Haydarpaşa restoration site on May 11. The excavation recovered dozens of remains of graves, in addition to some 2,000 gold and silver coins and ornaments. Some coins date back to 6th century A.D. and bear the sign of Justinian I, while some others of Constantine III from the 7th century.

Another surprising discovery was a Byzantine-era fountain recovered in working condition, the only one of its kind in Istanbul. The water flowing from the fountain is fed by water channels also recovered during the excavation. Archaeologists said that the water is of drinking quality, attesting to the utmost care given in the original architectural with enabled the fountain and its channels to endure centuries and heavy layers of construction in surrounding areas. 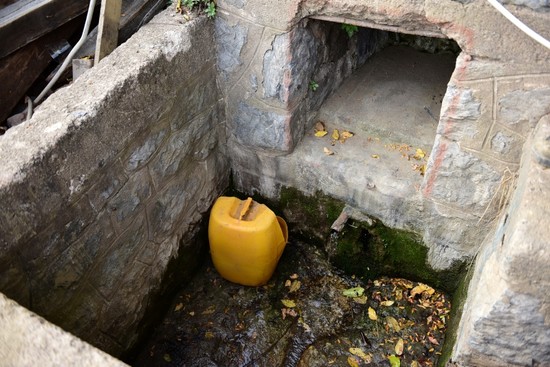 In the area where train platforms are located, a podium was found which is believed to date back to the Hellenistic period and was constructed with iron clasps and quadrangle blocs of stones. Just north of the platforms, a large wall was also found. The exact construction period of the three-meter-wide wall, which intermittently spans 100 meters, is yet to be determined. Archaeologists believe that the wall, dating back some 2,000 years, is either the extension of the city walls of the ancient city of Chalcedon or the breakwater of its port.

A mid-Byzantine era ceramics kiln was also found in digs near the İbrahimağa neighborhood. 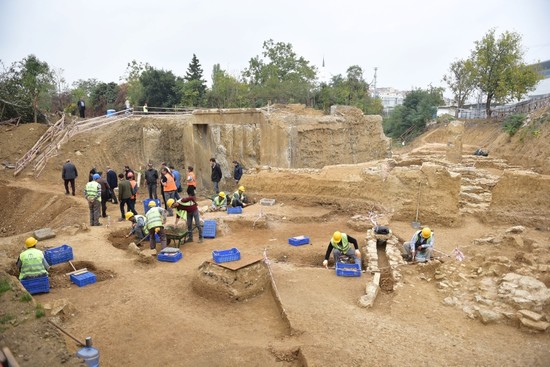 The area, formerly known as Haydarpaşa Meadows before railway construction began in 1872, has many well-preserved or intact artifacts, due to the fact that construction began later than in the rest of Istanbul's central neighborhoods. Tracks leading to the station and simple maintenance wards and depots occupy most of the area owned by the Turkish State Railways, allowing underground items to remain unharmed. The station building itself, which was constructed between 1906 and 1909, sits atop 1,100 wooden piles on reclaimed land.

Mayor Aykurt Nuhoğlu of Kadıköy, an Asian district of Istanbul housing the Haydarpaşa Station and adjacent port and maintenance facilities, visited the excavation site to receive information about the ongoing dig.

"We should protect this important site and transfer it to future generations in manner suitable for its identity. As uncovered by this excavation, this area is one that sheds light on the history of Kadıköy and of Istanbul. The train station and its surrounding area, which is a very important site of Turkey, should be looked after by protecting its historical and cultural inheritance. Both the municipality and the people of Kadıköy are sensitive about this. The train station will regain its livelihood," Nuhoğlu said.

Haydarpaşa, which had long served as the terminus for trains coming to Istanbul from Anatolia, was closed in 2013 as part of the Marmaray project, which will renovate the old suburban rail system and stations and add an additional track for high speed trains to reach the iconic station, along with a rail tunnel crossing the Bosporus that was opened for service in 2013. The station is expected to return to service by 2019 when the station's renovation and other features of the Marmaray project are completed.