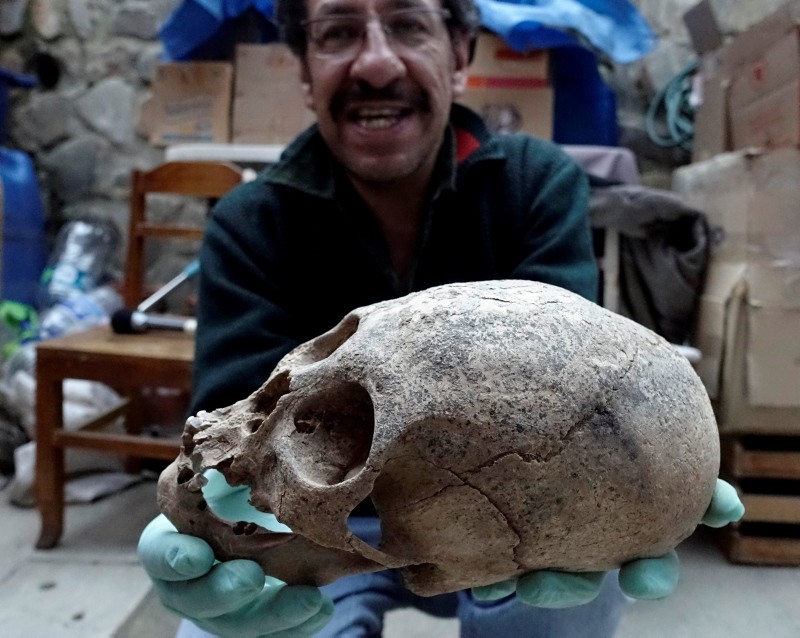 Archeologist Jedu Sagarnaga holds a skull as part of an archeological finding, dated approximately 500 years ago, in Mazo Cruz, near Viacha, Bolivia, November 12, 2018. (Reuters Photo)
by reuters
Nov 14, 2018 12:00 am

A team of archaeologists in Bolivia said they have discovered tombs containing over a hundred bundles of artifacts and human remains dating more than 500 years old that belonged to an indigenous civilization that once inhabited the region.

Bolivia's Ministry of Cultures and Tourism authorized the dig more than three months ago after a mining project discovered archaeological remains in the area.

Archaeologists found the tombs, which they say may have belonged to the Pacajes people, in an underground burial chamber located some 30 kilometers (18.6 miles) southwest of Bolivia's capital La Paz. 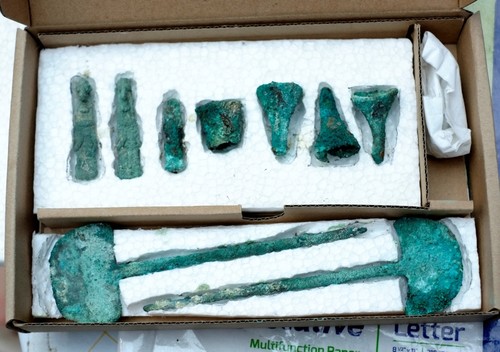 "Inside the cemetery we found two special tombs, one of which had about 108 individuals inside. They were badly deteriorated, but we were able to recover objects the individuals were buried with," said archaeologist Wanderson Esquerdo.

While two of the tombs had been ransacked, the others remained intact, he said.

To reach the tombs, scientists had to lower themselves through a circular chimney just 70 cm (27.5 inches) in diameter and 3 meters (9 feet) deep.

In addition to human remains, the largest tomb contained metal objects as well as ceramic and wooden dishes. 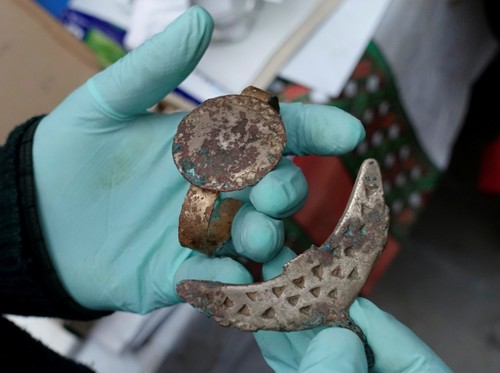 "There are objects that are clearly attributed to the Inca culture, and others that are not Inca, but rather Aymara," Esquerdo said.

The indigenous Aymara kingdom of Pacajes flourished in the Bolivian highlands until it was conquered by the Incan empire in the mid-15th century, according to archaeologists, who believe the Pacajes people may have not been wiped out by the Incan conquest, but could have fallen victim to some type of epidemic.

The discovery is "unique and unprecedented," said Wilma Alanoca, Bolivia's Minister of Culture and Tourism.

After the archaeological dig began last June, archaeologists said microorganisms wreaked havoc on the bodies' soft tissue, quickly decomposing the remains. Excessive humidity and high salinity inside the chamber also deteriorated many of the buried objects, according to the dig team.