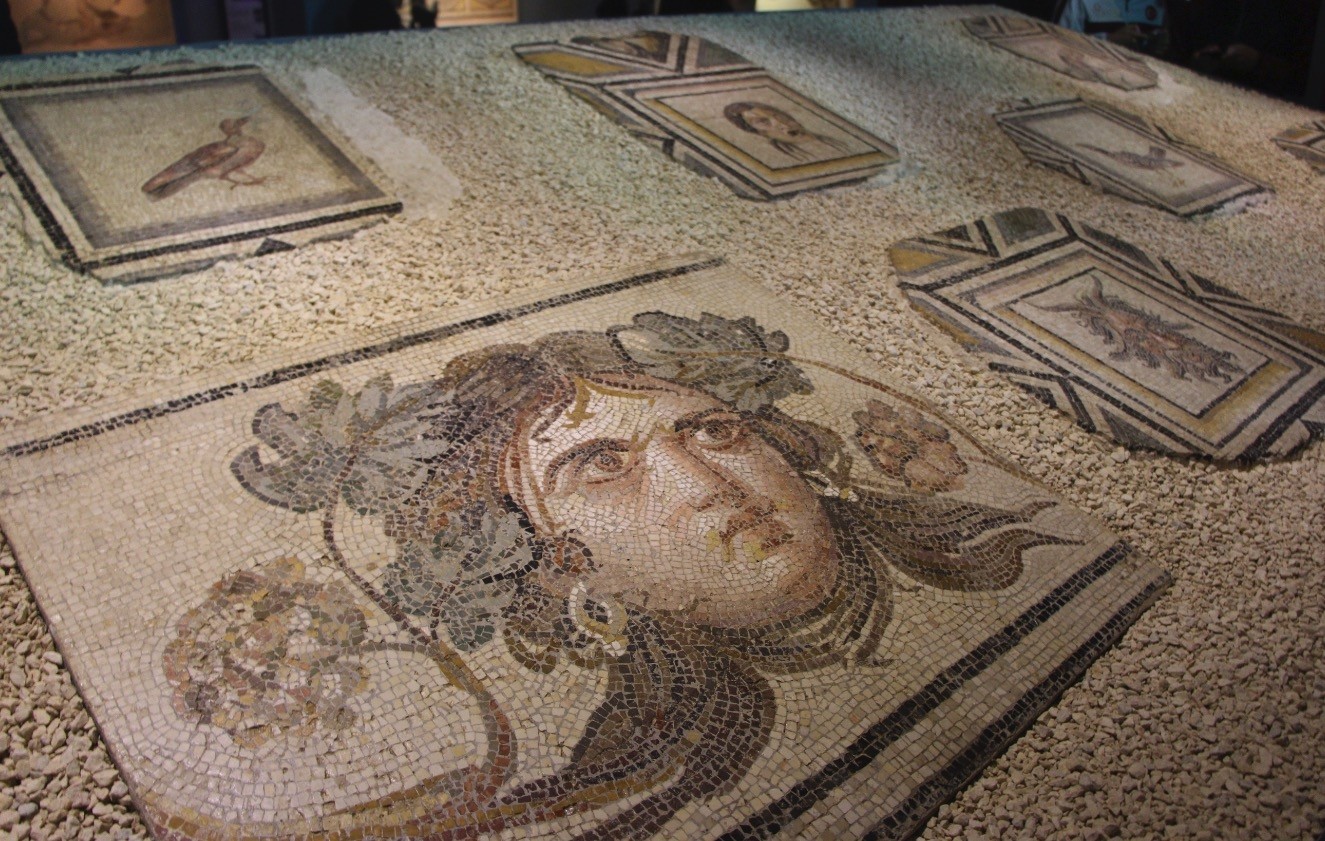 With a calm but piercing look in her eyes, the "Gypsy Girl" draws comparison to Leonardo da Vinci's "Mona Lisa," and although she is much older than the Italian artist's most famous work, the Gypsy Girl only began to beget attention when it was returned to Turkey after decades in the United States.

On opening day at a museum in the southern city of Gaziantep, the mosaic drew some 3,000 visitors this Saturday. Officials expect more visitors as this famous piece of the mosaic museum will be on permanent display following the temporary exhibit over the weekend.

Twelve stolen pieces of the mosaic, once adorning the floor of a dining room of a Roman-era villa in Gaziantep's Zeugma, was returned to Turkey by Bowling Green University in Ohio, United States where it was on display for years. Pieces complete the other parts of the mosaic in the Gaziantep museum which showed the upper part of the Gypsy Girl's face. Dubbed as the "family of the Gypsy Girl," pieces which arrived from the United States late November, shows figures of a satyr (a nature spirit in Greek and Roman mythology), a peacock, a maenad (female follower of Greek god Dionysus) mask and a Pan (another Greek god) mask.

Turkish Culture and Tourism Minister Mehmet Nuri Ersoy unveiled the newly arrived pieces on Saturday in a ceremony accompanied by officials from the U.S. Embassy in Turkey. Ersoy said the return of the mosaic pieces was the conclusion of "a lengthy battle."

"It is not just a matter for Gaziantep but it is also important for Turkey," Ersoy told Demirören News Agency, citing that it motivated them to fight harder to bring back more artifacts smuggled out of Turkey in the past. "We still have thousands of artifacts on our watch list and legal processes are underway to bring them back home. The world must understand that such historical artifacts are valuable only in the country where they originated from. They should be preserved and exhibited in their home countries," Ersoy said.