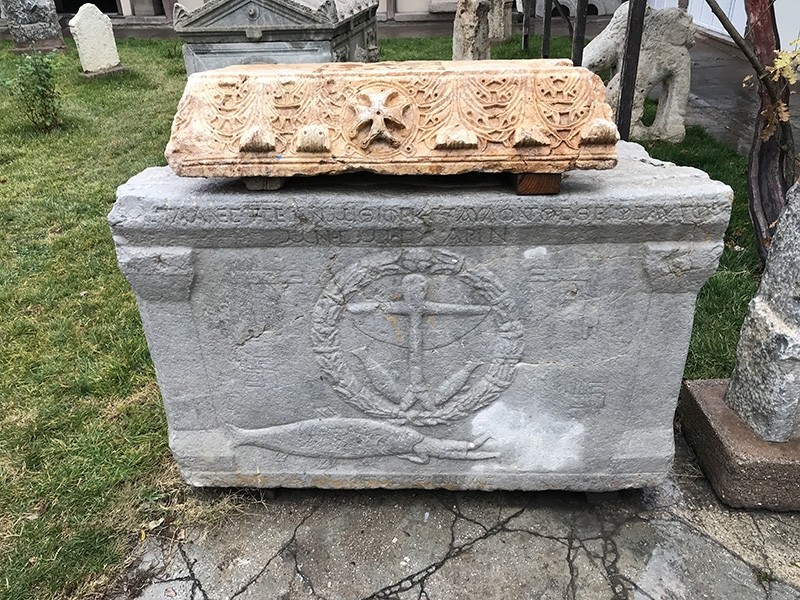 A stone artifact discovered in Turkey's central Konya province last month was identified as a relief of Biblical figure Daniel.

The artifact – unearthed during the construction of a house in Konya's Doğanhisar district in November – is currently on display in Akşehir Museum, where it has attracted great attention due to its rarity.

Ilker Mete Mimiroğlu, an arts professor at Konya's Necmettin Erbakan University, said that the "important and rare" relief dates back to fifth century A.D., right before the birth of Islam.

"This artifact was made by the Christians to remember the prophets before their era," Mimiroğlu said, adding: "We continue our work to determine where this artifact was used."

"The figure includes a cross motif in the form of a ship's anchor. Perhaps it relates to fishing in the district," he said.

Mimiroğlu said the Daniel stone is from the same era as a rare gravestone depicting the story of the Prophet Jonah being swallowed by the giant fish, which is now on display in the Konya Archeology Museum in Beyşehir.

He said the Jonah stone is "one of the most important artifacts of that period," adding that these artifacts are "especially important for the Christian world."

Foreign historians are surprised by items such as these when Turkish scientists present them at international symposiums because of their rarity, Mimiroğlu said.

Mimiroğlu said Konya is rich in historical artifacts from the Seljuk, Roman and Byzantine eras.

"These works are very important in terms of faith tourism. Konya has a very serious potential," he said.

Konya is also home to the tomb of the Sufi mystic and poet Jalaladdin Rumi, also known as Mevlana, attracting thousands of pilgrims and tourists each year.