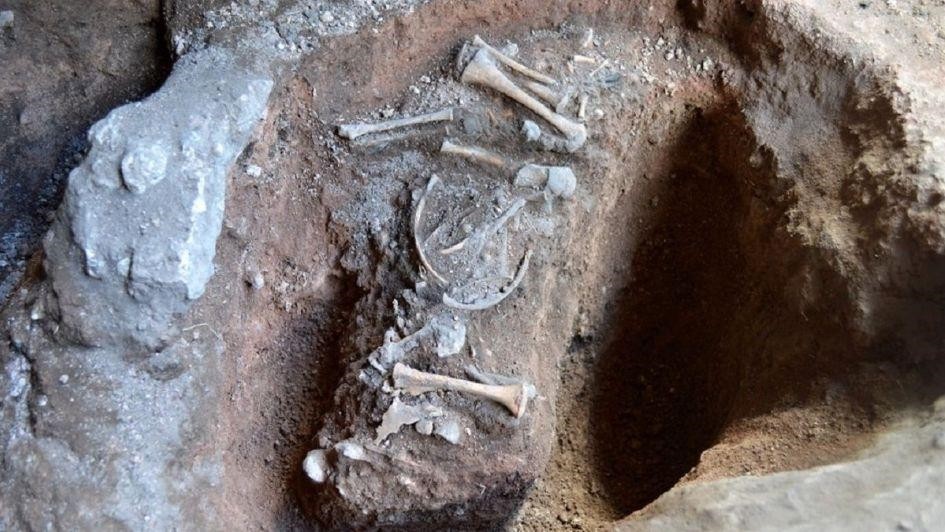 A group of archeologists have found remains belonging to a male baby born 5,700 years ago in an excavation in Argentina's Mendoza city.

According to local media, the archeological team from the Natural Science Department of the National University of Cuyo, found the skeletal remains in a region called "Niño de las Cuevas [The child of the caves]" which was named after they found the remains of another child in 2015.

Alejandra Gasco from the archelogy team said they found the remains 1,5 meters away from where they discovered the previous set of remains.

"It is quite surprising that another child was buried in the same area," he said.

He said they were not looking for new findings but rather trying to find the sterile layer level of where they excavated the first remains in 2015, however they encountered a special discovery.

"We came across something special: a circle with carbonaceous sediment, similar to red clay. We managed to remove a 1-2 centimeter piece with the help of a brush. When we realized that this was the remnant of a jaw, we realized we had found the remains of a child. Following this, we asked for the necessary permissions from Juan Cornelio Moyano Nature and Anthropological Sciences Museum to continue excavation works," Gasco said.

Experts think that the remains found in two different excavations belong to the same period.

Anthropologist Víctor Duran stated that the findings in 2015 made a big impact on research in the area, adding that the analysis made on the first findings shows that they are over 5,750 years old.