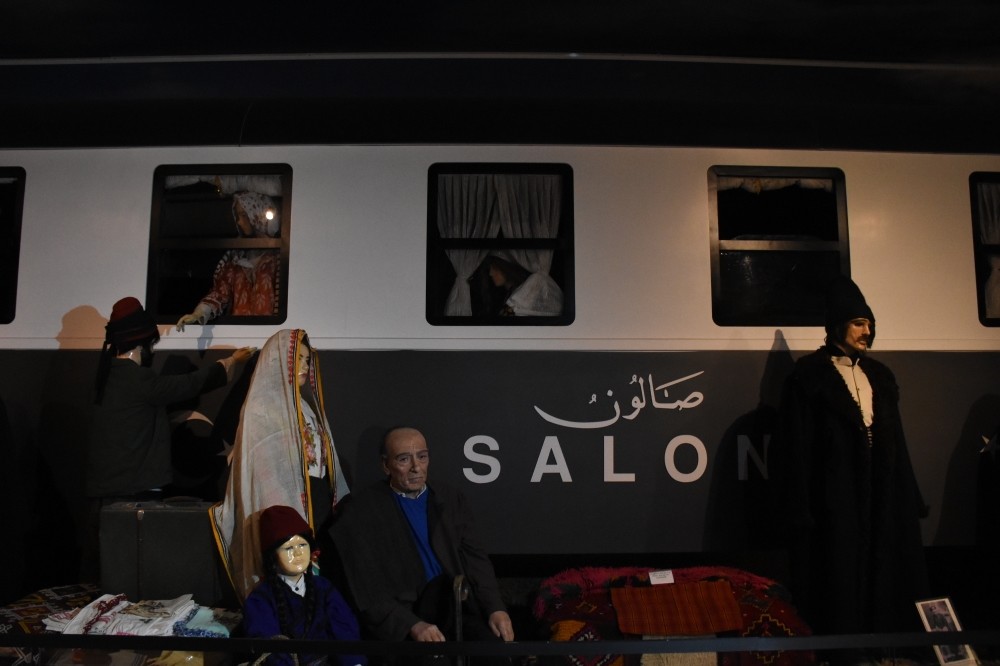 It is always hard to leave home behind, and Anatolia has always welcomed those seeking refuge to build a new life. The migration museum in Bursa portrays some of the painful migration stories of those who found a new home in these lands but never forget their roots

The history of Anatolia is filled with the stories of migration. Home to many civilizations, Anatolia has witnessed people come and go, sometimes by their own will, sometimes forced to seek a new home. Anatolia is now home to millions, opening its arms to those who seek refuge.

Opened four years ago by Bursa Metropolitan Municipality, the Bursa Museum of Migration takes visitors on a sad journey of people forced to leave their homelands due to natural disasters or wars, or on journeys looking for new lives for themselves and their families.

The museum features an interactive section and a library that provide extensive information about migration as well as a section where migrations from the Balkans, Crimea and the Caucasus to Bursa are portrayed in terms of the suffering associated with these migratory journeys.

The museum, which describes migration by land, sea and train, is comprised of the sections such as "First migrants, first settlements in Bursa," "Pre-Ottoman Bursa," "Ottoman Bursa," "Expansion to the Balkans," "Migration During the Balkans and First World Wars," "Migration in the Republic," "1989 Exodus," "Exchange," "Book of a Greek Grocer," "Caucasian Migration and Meshketi Turks/Muhammed Emin Pasha" and "Tatar Crimean Migration and Kırımoğlu."

In the museum's education and conference hall, various videos and short films about immigration are screened, accompanied by personal items donated by the immigrants on display.

Museum Conservator Şaban Duman told Anadolu Agency (AA) that they present past and current migrations to Bursa in all aspects with dioramas, information boards and collections in the museum.

Duman, who noted that Mustafa Abduldzhemil Dzhemilev, the leader of the Crimean Tatar people and a Ukrainian parliamentarian, visited the museum and gifted some of his belongings, including his kalpak (a kind of cap), also reported that the personal belongings of ex-deputy Mümin Gençoğlu, businessman Ali Durmaz, Ali Osman Sönmez and Şükrü Şenkaya are also included in the museum's inventory.

The conservator added that the number of visitors, which numbered 40,000 annually in the first year, has reached 60,000. "We installed dioramas to make the narrative vivid and to draw attention to each section. We used a train figure to describe the migrations of the first period. We tried to describe the period of exchange and Crimea with ships. We designed the Caucasian section around tumbrels [wagons]. We showed the 1989 exodus, which was forced as a result of Bulgarian pressure, with a 1978 model Lada automobile. This car was used in the migration and donated to the museum by its immigrant owner. We brought the car to the museum under difficult conditions. It attracts a lot of visitors. We designed its display to reflect the road conditions of the time. It portrays the migration very effectively," he continued. 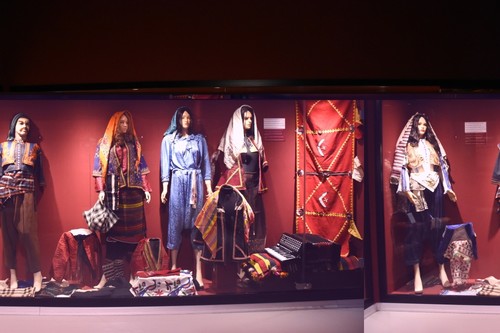 A selection of traditional clothing worn by migrants who came to Anatolia from the Balkans, Crimea and from the East.

Stressing they organize events for all age groups who visit the museum, Duman remarked: "We have carried out 51 programs since the museum opened. We conducted international and national projects, as well. We offer film galas, conferences and workshops that detail migration. Our visitors are affected when they visit this place."

A former national wrestler, 67-year-old Arif Çetin migrated from Bulgaria's Targovishte province to Bursa in 1978. Donating some of his personal belongings to the museum, Çetin said they migrated upon the request of his relatives from Turkey.

Stating that they were not forced to migrate but that the journey grew increasingly more difficult every day, Çetin explained: "We loaded our belongings on the train; we came to Edirne province. Then, we moved to Bursa and lived here for 40 years. I never experienced the difficulty of migration. However, the immigrants of 1989 suffered a lot. We were always helping them because we came early. History is important to me. There are personal materials left from our grandparents among the items I donated to the museum. I did not want them to disappear; I wanted them to be transferred to future generations. This is actually why I donated them."

He mentioned that he goes to Bulgaria sometimes and visits the place where he was born. "Migration is harder than losing your parents. You go to a place that you do not know, and you do not know what to do there. Fortunately, we came to Turkey. We have only one homeland, and it is this country. We have no other place to go," Çetin told. Explaining that the Bursa Museum of Migration was prepared with long, hard journeys in mind, one of the visitors, Beyhan Karaca, stressed: "I love museums and traveling. I understood how our ancestors experienced migration while visiting this place. I was really moved when I was visiting."

Hikmet Yıldırım was also affected by the museum. "It is so hard for people to leave their homelands. I came from Denizli province to Bursa for university. I have been far away from my city for nearly three months. These people left their homelands and suffered a lot. It is impossible not to be moved here," Yıldırım explained.