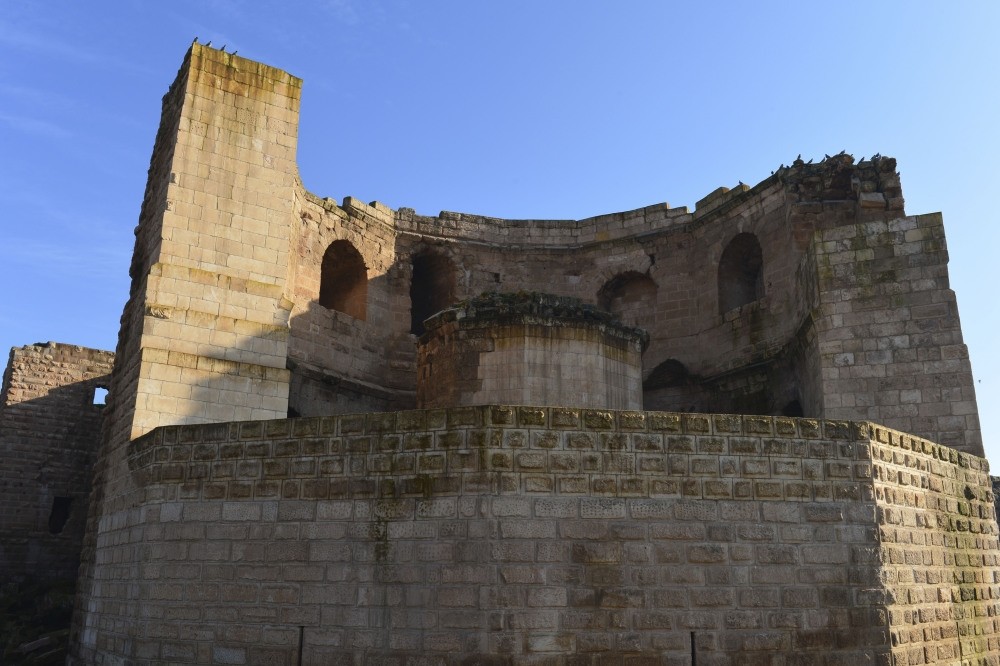 The Harran Palace, which has never been open to the public, will welcome visitors by the end of the next year.
by Anadolu Agency Dec 26, 2018 12:00 am

After centuries, the bathhouse at the 900-year-old Harran Palace in Şanlıurfa province, which is listed by UNESCO as one of the oldest settlements in the world, has been brought to daylight in ongoing excavations

The 900-year-old Harran Palace in the Harran district of Turkey's Şanlıurfa province is one of the oldest settlements in the world and on UNESCO's Tentative List. During the excavation works being conducted at the palace, a bathhouse and its details have been brought to light.

The head of Harran University Archaeology Department and Excavation at Harran Archaeological Site, professor Mehmet Önal, told Anadolu Agency (AA) that they have been conducting excavation work at the palace for five years with the financing of the Culture and Tourism Ministry and local governments.

Önal stressed that the work in the historical area, which has been inhabited continuously starting from around 6,000 B.C. to the present and served as the capital of the Assyrians and Omayyads, has serious potential. 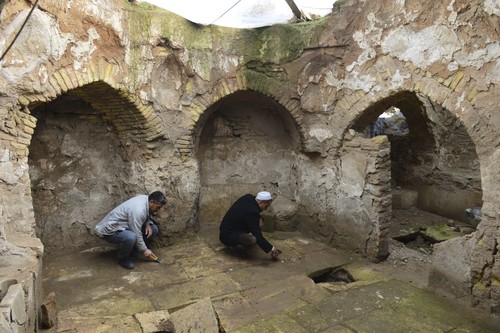 New details of Harran Palace's bathhouse have been revealed with this year's excavations.

Stating that a bathhouse with its three domes was found during the excavations on the second floor, Önal added that the cooling system as well as the warm and hot rooms and the furnace section of the bathhouse, dating back to the Zengid Dynasty and Ayyubid Period and built in the 12th-13th century, have been completely uncovered.

Informing that the palace, which has never been open to the public, will be open for visitors by the end of the next year,the professor continued, "We excavated the place where the huge cauldron was put in the bathhouse. There is a place, which is 1 meter in diameter, for a metal cauldron on the circular furnace that measures 2 meters high. The concrete pipes for cold and hot water, which were attached to a metal cauldron, are still solid. The huge metal cauldron was plundered. The concrete pipes for cold and hot water can be seen clearly here. We managed to reveal the details of the palace's bathhouse with this year's excavations. It is so important that the bathhouse was brought to light with its sharp vault safe and sound."

Rare examples from the Middle Ages

Önal remarked that the structures uncovered at the palace strengthen the possibility of encountering much more serious and important findings and highlighted that what has already been uncovered has proven to be of great historical importance.

He indicated that the palace was transformed into a fortress by building polygonal towers and reported, "The Harran Palace is one of the rare palaces that has survived since the Middle Ages in the Middle East. The three-story palace, built in the Umayyad period, dating back nearly 13 centuries, has hundreds of rooms. We are currently conducting feverish work on the second floor now. The symmetrical double-dog reliefs on basalt at the east gate of the palace, the lion heads in relief on the right and left of the palace's entrance gate of the palace, the cross-brick vaults in rooms, the two solid polygonal towers and the bathhouse are among the remains that can be seen at the palace."

'Findings can be seen from the outside'

Mentioning that visitors can see the findings from the outskirts of the site because of their ongoing archaeological works at the palace, professor Önel reported, "We are working to attract visitors to this centuries-old fortress and bathhouse. By the end of next year, the Harran Palace will be open to visitors. We hope that the palace will attract great interest with its magnificence and works. The archaeological work will also continue at a feverish pace."

He added that excavations at the palace are expected to continue for the next 10 years.