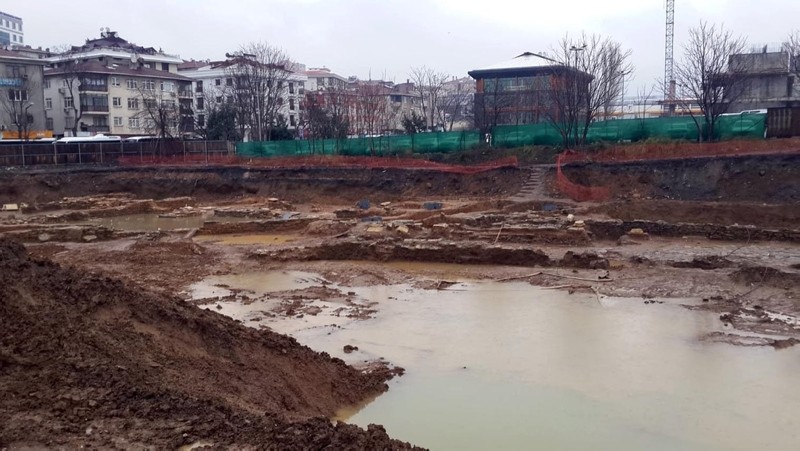 A 2,000-year-old road containing artifacts dating back to the Byzantine period were discovered during the construction of a hotel in Istanbul's Kadıköy district on the Asian side, reports said Saturday.

Located in Kadıköy's Ibrahimağa neighborhood, construction workers of the 21-story hotel discovered marble columns, pillars and bases along the road, which is around 6 meters in width.

The artifacts date back to the early Byzantine period, reports said. 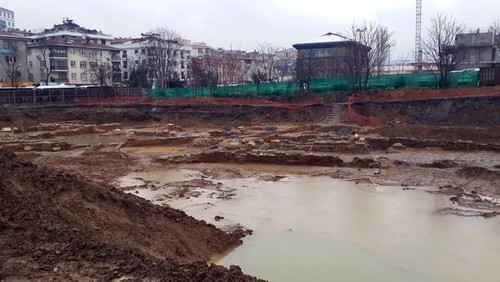 The construction of the hotel was suspended after the Istanbul Cultural and Natural Heritage Preservation Board No. 5 was informed about the finding through photos and a report and launched excavation work at the site.

Researchers noted that the ancient road had various stores and more artifacts can be found following excavation work.

The heritage preservation board will decide on the fate of the ancient ruins and the hotel construction.

Discovering ancient artifacts during construction work is very common in Istanbul, which was the capital of the Byzantine and Ottoman empires.

Such discoveries in Kadıköy district have also been made during constructions. For instance, in February 2018, workers found a 2,000-year-old sarcophagus at a school construction site, while a number of ancient artifacts were found at the construction of the Haydarpaşa rail station.