Egypt unveils colorful tomb of Fifth Dynasty, which ruled about 4300 years ago 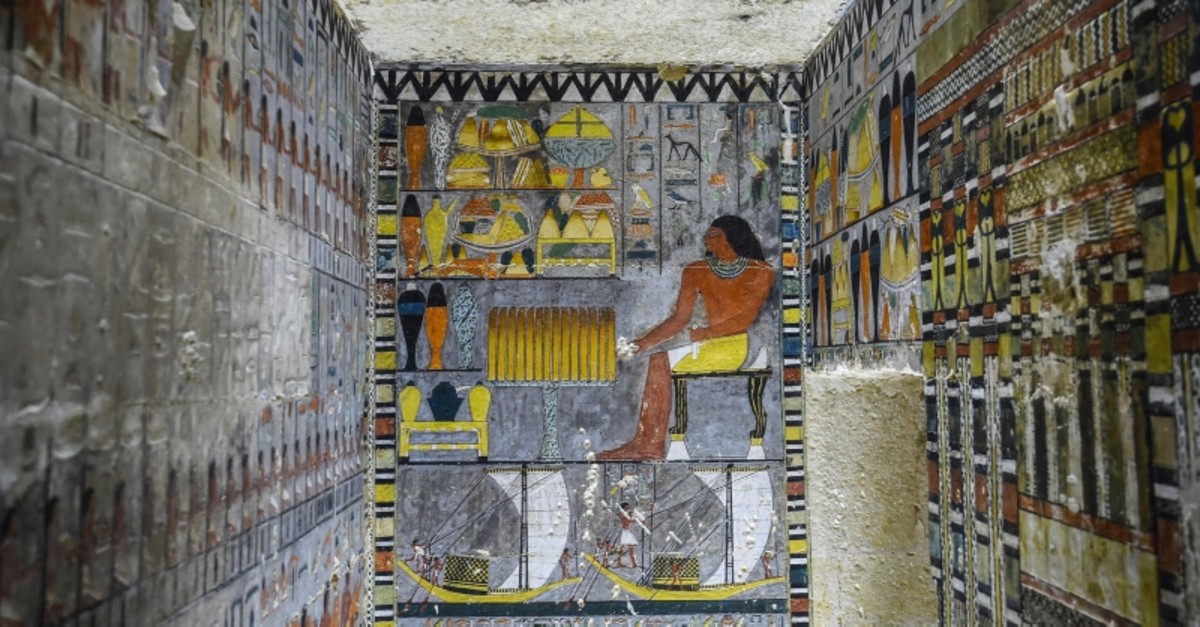 In a major archaeological discovery, Egypt on Saturday unveiled the tomb of a Fifth Dynasty official adorned with colorful reliefs and well preserved inscriptions.

The tomb, south of Saqqara, a vast necropolis south of Cairo, belongs to a senior official named Khuwy who is believed to have been a nobleman during the Fifth Dynasty, which ruled over Egypt about 4300 years ago.

"The L-shaped Khuwy tomb starts with a small corridor heading downwards into an antechamber and from there a larger chamber with painted reliefs depicting the tomb owner sitting at an offerings table" said Mohamed Megahed, the excavation team's head, in an antiquities ministry statement.

It is mostly made of white limestone bricks.

Ornate paintings boast a special green resin throughout and oils used in the burial process, the ministry said.

The tomb's north wall indicates that its design was inspired by the architectural blueprint of the dynasty's royal pyramids, the statement added.

The excavation team has unearthed several tombs related to the Fifth Dynasty.

Archaeologists recently found an inscription on a granite column dedicated to Queen Setibhor, who is believed to have been the wife of King Djedkare Isesis, the eighth and penultimate king of the dynasty.

Egypt has in recent years sought to promote archaeological discoveries across the country in a bid to revive tourism that took a hit from the turmoil that followed its 2011 uprising.