Egypt discovers 4,400-year-old tomb of two priests near the Great Pyramids in Giza 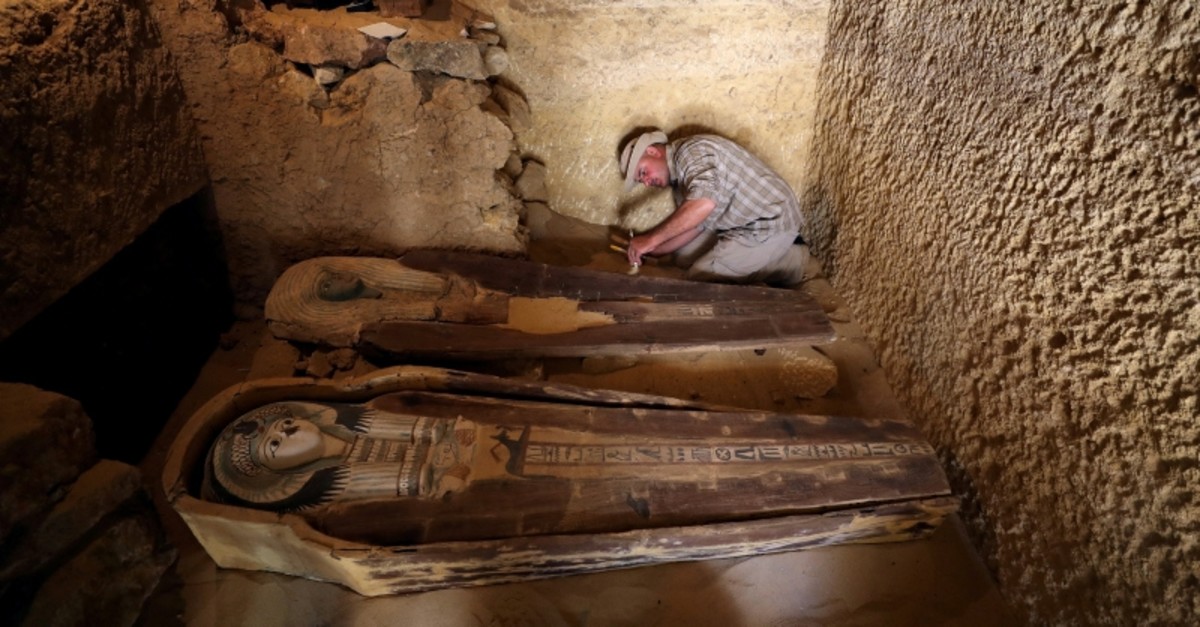 Egypt on Saturday announced the discovery of an ancient limestone tomb of two priests from the fifth dynasty (about 2500 BC) at the plateau of the famed Pyramids of Giza.

The double tomb belonged to a person called Behnui-Ka, who held the titles of purification priest and top judge during the Old Kingdom of Egypt, and another priest called Nwi, who was titled "the purifier of King Khafre."

The tomb is a part of an ancient cemetery, which was partially unearthed during excavations in the south-eastern side of the pyramids area, Mostafa Waziri, the secretary general of the Supreme Council of Antiquities, told a press conference at the site.

The cemetery was reused extensively during the Late Period (since early 7th century BC). Many Late Period painted and decorated sarcophagi were also discovered at the site.

Last month, archeologists unearthed a 3,500-year-old tomb and a mummy inside an unopened coffin dating to at least 1069 BC at two sites in the southern Egyptian city of Luxor.

Egypt has in recent months announced a series of ancient discoveries. Authorities hope that the discoveries will help revive the country's battered tourism industry, a main source of national income.

The industry has been hard hit by widespread unrest since the 2011 uprising against Egypt's long-time dictator Hosny Mubarak.