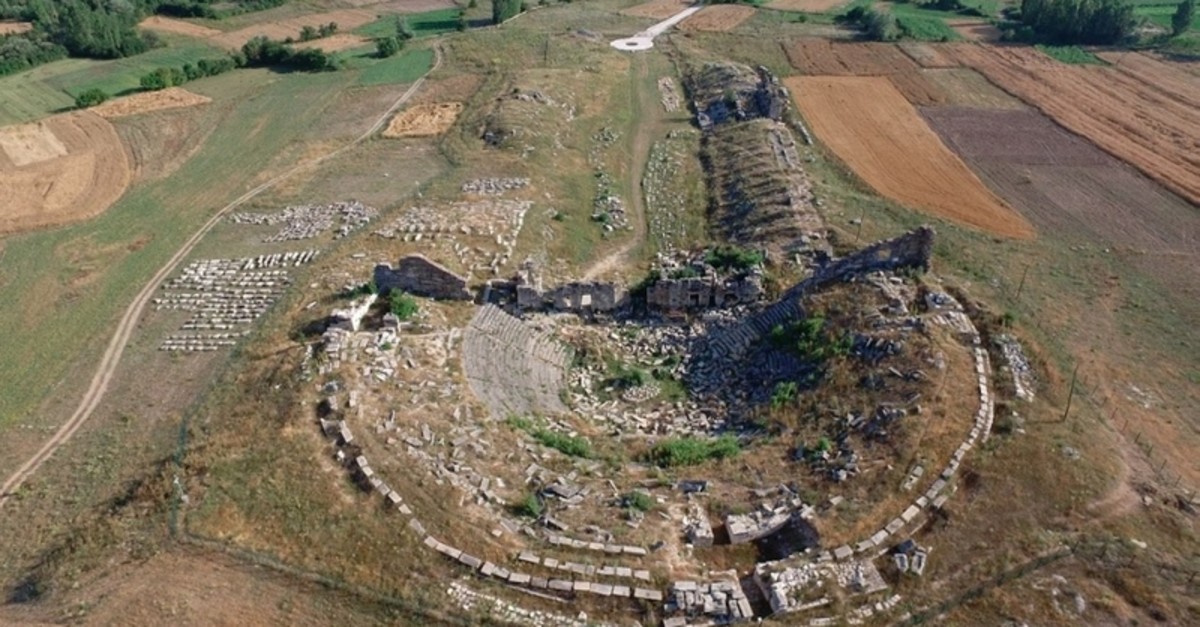 One of the world's first stock exchange markets located in Turkey's western Kütahya province should be promoted to give it the prominence it deserves worldwide, the head of the excavation team at the Ancient City of Aizanoi said.

Professor Elif Özer, who leads the dig at Aizanoi, told reporters that the ancient city contains the Macellum (Round Building), which is considered to be the world's first stock exchange market dating to the mid-second century A.D.

Professor Özer noted that there are various inscriptions on the walls of the Macellum, showing the prices of all goods sold during the time of Roman Emperor Diocletianus in order to fight inflation back then.

Özer suggested that the opening bells of the stock exchanges in Istanbul, New York and Tokyo could be rung in Aizanoi, to better promote the historic city.

"This would contribute to Aizanoi and boost the tourism in Kütahya, and we would also be able to find sponsors to carry out more work at the excavation site," Özer added.

Aizanoi was a crucial economic and political center during the Roman period.

The Permanent Delegation of Turkey to UNESCO submitted an application for the city's inscription on the UNESCO World Heritage List in 2012.

Beside the Macellum, the city features a unique combined theater-stadium complex, as well as a well-preserved Temple of Zeus.